The Swiss banking software group set out the five basic steps for the bank sector to follow, with digitisation at the heart, reports Graham Buck.

This week has seen Facebook fill in the details for Libra, the cryptocurrency that the social media giant plans to launch in early 2020. With the backing of heavyweight names that include Mastercard, Visa, Uber and Vodafone, the news is a potential game changer for the financial services industry.

It’s very much part of the brave new world envisaged by Swiss fintech Avaloq, which held its annual community conference in Zurich on the day that Facebook unveiled its new service.

Since the company was established in 1985 by Francisco Fernandez as BZ Informatik Aktiengesellschaft, the IT subsidiary of BZ Bank, Avaloq has become a major provider of core banking software, digital banking and digital wealth management. In 2012, the company unveiled its digital strategy and the company has since steadily expanded into software-as-a-service (SaaS) and business-process-as-a-service (BPaaS) solutions.

As CEO Joerg Hunziker noted in the conference opening address, predicting the future is challenging but Avaloq’s responsibility is to be “ready for the future” – this year’s overall theme – and to make the necessary investment.

“Our mission is to be the leading wealth management cloud platform and service provider for banks,” he announced, and the company aims to provide a “one-stop shop” solution for banks through high-level product offerings.

Avaloq also believes there are five key elements that banks need to take to be ready for the future:

Hunziker describes global wealth management as the company’s “sweet spot” – a market with a bright future and a growing number of very affluent young entrepreneurs around the world.

However, asked whether US tech giants such as Amazon and Google were poised to “take over the financial services industry” – a question possibly prompted by Facebook’s announcement – prompted a less upbeat assessment.

“We have nothing like them, or [China’s] Alibaba in Europe and it’s worrying that we haven’t spent to develop a real alternative,” he admitted. “We either have the options of relying on US or Chinese technology or making the investment needed for developing our own.”

The big success story that the company had to report from the past year was the completion of “Project Rainbow”, or what was described as “the mother of all tech projects”, which saw all 253 co-operatives of Swiss banking group Raiffeisen migrate to the Avaloq platform.

As the company’s website notes: “Raiffeisen and Avaloq have jointly developed Switzerland’s most innovative retail banking platform for the Raiffeisen group of banks.

“Historically, Raiffeisen’s IT and business process architecture was highly fragmented: client master data, current and savings accounts, and credit positions were kept in 246 separate installations of Dialba [as the previous system was known] and processed at each of the individual Raiffeisen banks. Twice previously Raiffeisen tried unsuccessfully to move away from the Dialba software before deciding to work with Avaloq.”

The company’s other recent major initiative was the launch of avaloq.one, a collaborative platform to link banks and other financial service providers with fintechs. Avaloq.one aims to provide a new ecosystem where those in the industry can access proven fintech solutions and both banks and the disruptors can work together on the digital revolution set to underpin the next generation of financial services. 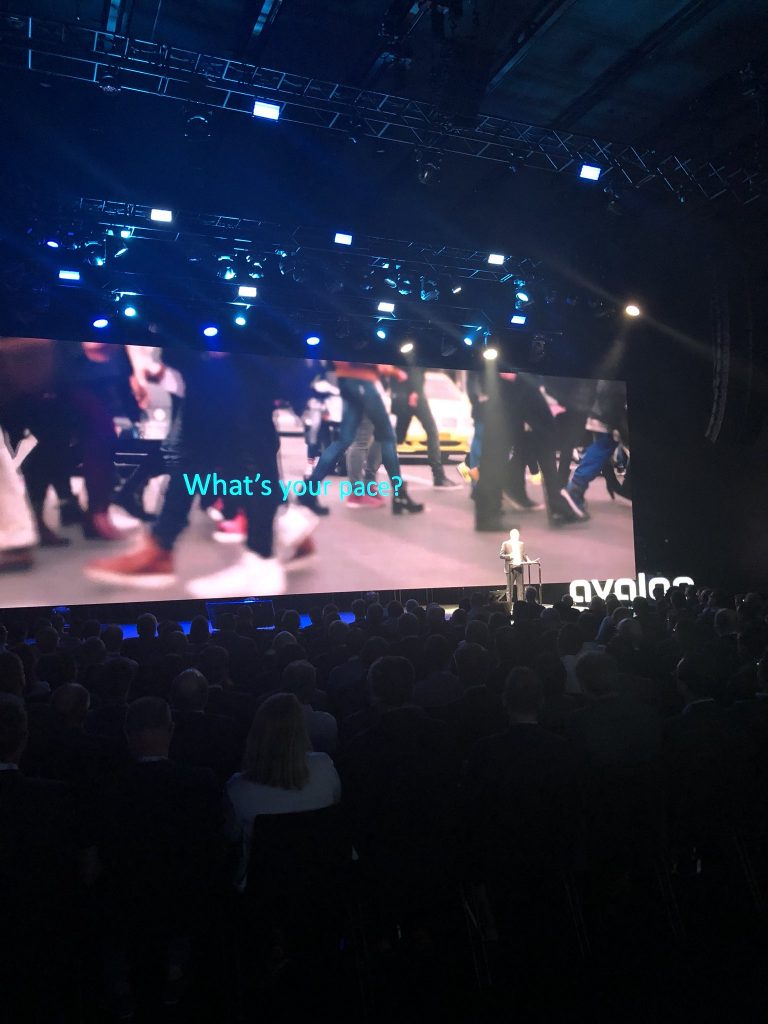 A panel discussion entitled “Getting to digital” considered whether some parts of the banking sector, such as investment banking, were better prepared than other for digitalisation.

“Much of the investment in digitisation has been made over the past five years and so far the results have been limited, with minimal impact on the top line,” suggested Frederic Brunier, managing director at Accenture. Getting scale from digitisation will be the main challenge over the next couple of years.”

Simon Larsen, managing director and head of the global platform at HSBC Global Private Banking, suggested that banks had lost much of the close relationship with clients they traditionally enjoyed over the past 20 years. “Digitisation offers the opportunity to get it back again, but that requires us to use standardisation towards delivering what clients expect from us.”

“Listening to your clients isn’t a bad place to start,” added Jonathan Davis, Avaloq’s UK managing director. “There are multiple strands that we need to keep pace with.”

A later panel session considered whether the banking industry is ready for cloud banking, with Avaloq’s regional manager for Switzerland and Liechtenstein, Tobias Unger, suggesting that major progress had been made in the past year. Panel members agreed that the question “should we move to the cloud?” has changed to “when should we move?”

“It’s also good that clear guidelines have been established – even Germany is jealous of Switzerland’s progress in establishing standards,” said Christian Keller, CEO of IBM Switzerland. (the Swiss Bankers Association (SBA) published its recommendations for the secure use of cloud services in banking in late March this year).

“The US has realised that Europe’s General Data Protection Regulation (GDPR) isn’t so bad after all and is copying some of its elements – maybe it will follow suit on cloud banking.”

The advantage of Switzerland’s fintech regulatory framework, supported by the Financial Market Supervisory Authority (FINMA) is that it’s principles-based and provides clarity, said Ralph Wyss, a compliance expert and partner at Deloitte. He believes that Switzerland and Singapore offer the world’s most cloud-friendly jurisdictions.

“Switzerland compares well on an international level for its regulation – compare, for example, US regulation on blockchain, which is a mess.”

Wyss also sees a positive in the growing complexity of compliance, also providing opportunity in the gathering and analysis of data to provide a second line of defence. “Compliance will become leaner and more efficient,” he forecast. “Look at the examples of Hong Kong and Singapore.”

Avaloq’s founder and group chairman, who gave the conference’s closing address, suggested that society is close to the point where paper-based transactions are completely replaced by digital.

“The internet of information becomes the internet of value in the sharing economy,” said Francisco Fernandez. “Blockchain allows for investment in crypto assets, enabling fraction tokens of anything from real estate to art. Everything can become a bankable asset through tokenisation, so we’ll see an explosion in bankable assets – and Avaloq has already started preparing for a whole range of crypto assets.

“Facebook chooses this moment to reinvent money by launching the Libra, which will be pegged to a basket of currencies. It will be disruptive, so you’d better be ready for it. Banks will need new strategies in order to compete in this new world – and their biggest asset is trust.”