Lendtech start-up Lidya says it’s set to become the biggest non-bank lender for small and medium enterprises (SMEs) in Nigeria by next year, and is setting its sights on a similar feat long-term for Central Eastern Europe (CEE) where it expanded into earlier this month.

Co-founder Tunde Kehinde tells FinTech Futures the move to “number one” in Nigeria is “a bit of a land grab”, confirming the start-up is “pretty close” to securing the title. 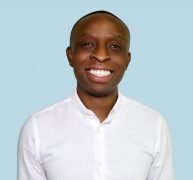 “No-one targets SMEs, instead most Nigerian lenders give out personal loans,” says Kehinde.

In Nigeria the lendtech birthed its USP – to create 100 million jobs through its SME loans. Offering loans as low as $150 to Nigerian businesses and taking a company-only data approach, omitting any personal identifiers which might point to race or gender, Kehinde is confident that the company’s AI-powered loan determiner “eliminates bias”.

Turning loan applications into money after just one day, Lidya taps into the cash flow lending market. Its move to CEE, with initial expansion into Poland and Czech Republic, aims to tap a similar market to Nigeria, where there is another “a big gap” in the market for a cash flow-focused lender according to Kehinde.

“Competition is not that fierce in the region,” says Kehinde, who confirms the start-up will be expanding into other CEE countries next year such as Slovenia or Lithuania – the co-founder does not specify which but confirms they will be neighbouring countries to Poland and Czech Republic.

Whereas Nigeria’s average loan ask is $3,000, Lidya is finding CEE’s will be more like $20,000. This is why the expansion comes at a time when the company has now raised a total of $10 million in funding.

Having been brought up by a family of entrepreneurs in Nigeria before moving to the US to study and work as a banker, Kehinde says a drive for better infrastructures and access to capital has always been instilled in him.

Now he is talking to the likes of CocaCola on Lidya’s behalf, finding that the smallest and largest companies have the same issues: trust. “It all comes down to that, because businesses don’t want any gimmicks,” says Kehinde.

With a business model heavily reliant on data, the lendtech feels there is “a positive wind” behind it as a result of regulations like the Revised Directive on Payment Services (PSD2) which has paved the way to Know Your Customer (KYC) customer solutions like its own.

A ten-person team in Portugal work on Lidya’s core technology. Kehinde says one of the big reservations in emerging markets is the fear of poor data. “We are eliminating this fear,” he says, by focuses on cash flow loans only and refining this data pool rather than dipping into other financial products like mortgage or car loans.

Looking into the future, Lidya wants to enable customers to take away a credit score from it platform it can carry to other loan applications outside of the lendtech.

With backers such as Accion, Funding Circle and Omidyar, the VC set up by founder of Ebay Pierre Omidyar, the start-up’s future is looking bright to deliver its aim of $1 billion to the European SME market over the next five years.

Read next: Being black in the financial services industry