London-based VibePay, part of The Vibe Group, is launching in the UK for an initial 1,000 “selected members” to trial the product. 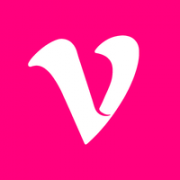 The app is a payment initiation service (PIS), using Open Banking to secure “direct-from-bank payments” which allows friends and family to split shared payments for birthdays and holidays.

The first wave of users testing the app will be encouraged to leave their feedback in the ‘VibePay Community Forum’, and the company says ‘VibePay for Business’ “will follow later this year”, allowing consumers to pay direct from their bank when shopping online.

VibePay’s CEO and founder Luke Massie says almost one in four people are owed an average of £98 from their friends, with 48% of Brits holding back from asking for the money back because of awkwardness.

“As a nation, we find it excruciatingly uncomfortable reminding a friend they owe you money,” Massie tells The Mirror. “Yet, this reluctance is not just leaving a big hole in our pockets, it’s also destroying friendships.”

The fintech’s claimed USP in the market is that it understands young consumers’ awkwardness when asking friends to pay them back. It believes this understanding will bring an “engaged, transactional and highly targeted user base” to merchants and marketplaces.

The app is built as “an aggregation layer over the open banking APIs”, which means the platform is a “bank-agnostic” payment gateway.

Launched six years ago as a ticket marketplace called ‘VibeTickets’, the group now has a licence from the Financial Conduct Authority (FCA), as of July this year, to provide Open Banking capabilities.