The six Nordic bank owners of instant payment system P27 have announced their business plan and agreed to invest in the company until it becomes financially sustainable. 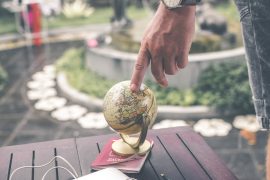 P27 will see the banks create a single payments platform and allow instant cross-border payments within the region, in a bid to uplift local business. It’s predicted by the company’s owners that P27 will become financially viable by 2021.

Initially the platform will stretch across Denmark, Finland and Sweden. Sjorgren points out that the Nordic countries are “relatively small”, so when their markets are combined they “get a different scale and become much more attractive to partner with”. This model also gives them a better service for a lower price.

P27’s head of strategy and communication Martin Georgzen says it will make money by charging fixed fees depending on the size of the payment.

In June the instant payment system chose Mastercard to provide the payments.