Venture capital fund Luge Capital has now raised a total of $85 million to invest in Canadian early-stage fintech and AI start-ups, it announced at the recent Canada FinTech Forum, held in Montreal. 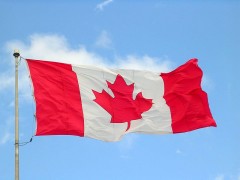 With plans to make seed investments ranging from $150,000 to $2 million, the fund is backed by some of Canada’s largest insurance firms, including iA Financial Group, Sun Life Financial – one of the largest in the world – and the slightly smaller La Capitale.

“We’ve seen growth in terms of absolute numbers of fintech companies,” Luge Capital’s co-founder Karim Gillani, who previously headed the PayPal-acquired remittance start-up Xoom, told TechCrunch. “We think it’s because there’s new access to capital. Companies can now find themselves getting funded and there’s a bigger appetite for larger companies to partner with these start-ups.”

Contrary to this, Fintech Growth Syndicate released a report in April this year which revealed 2018 in Canada saw just 28 new fintechs created, compared to 101 founded in 2014, marking a 72% decrease over the four years.

Almost 850 fintechs now operate in Canada, but the number of those which have started up this year is currently unknown.

“I think we are going to see founders in Canada having more of a global mindset such that they look at Canada as an initial market for them, with a focus to expand geographically soon after they’ve been able to prove the model in Canada,” adds Gillani.

So far Luge Capital has made five investments. Among them are Flinks, a “financial data toolbox” for fintechs to connect with banks; Finaeo, a fintech serving the insurance industry; and Owl, a start-up offering financial institutions onboarding, know your customer (KYC) and fraud detection solutions.