A bipartisan group of members in the US House of Representatives’ Committee on Financial Services have put forward a new bill to make financial information more easily accessible by requiring US regulators to better organise their data.

The Financial Transparency Act, also known as HR 4476 or the “Regtech Bill”, has been put forward by New York democrat Carolyn Maloney and North Carolina republican Patrick McHenry. It calls for the US Treasury and its secretary to create uniform machine-readable data standards for US regulators. 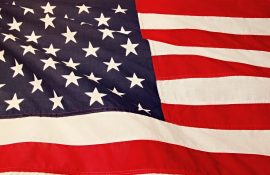 It would require affected regulators to adopt a set of data collection and dispersion standards for the information they collect under current law, including the adoption of electronic forms to replace paper-based forms.

All data would be made available in an open source format electronically searchable, downloadable in bulk and without license restrictions.

“The Financial Transparency Act will bring financial reporting into the 21st Century, will make information easier to access, and will reduce unnecessary regulatory burdens for businesses across the country,” said representative Maloney.

“This bill is a true win-win because it helps investors, businesses, and the government. I’ve long been an advocate for structured data in financial reporting, and I’m proud to introduce this bill with Ranking Member McHenry.”

Craig Clay, the president of Donnelley Financial Solutions (DFIN), a Chicago-based risk and compliance firm, believes the new bill will modernise and streamline compliance across the industry. “These common standards are critical to the efficiency of the reporting process and ensuring data is being used effectively by all parties,” he says in a statement.

Nick Hart, CEO of the Data Coalition, adds that the US financial reporting system is “fragmented at the moment. “The bipartisan Financial Transparency Act will modernise how financial regulatory agencies collect, report and publish information. When enacted, the legislative proposal will enable policymakers and the American public to have access to more reliable information about financial markets.”

The United States House of Representatives is the lower house of the United States Congress. Together with the upper house, the Senate, it composes the national legislature of the US. It has 435 voting members, who serve two-year terms.

Its Committee on Financial Services recently challenged Facebook over the social media firm’s development of its Libra digital currency. Maxine Waters, chairwoman of the Committee, wrote in a statement that she believed Facebook should halt all progress on Libra until it has answered to regulators in the country.