bunq: A bank built by coders

Netherlands-based mobile bank, bunq, has caused quite a splash since it launched in 2015. But has its markedly disruptive business model created a successful bank? Martin Whybrow caught up with founder, Ali Niknam. 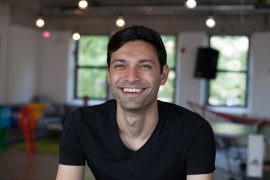 Among the bank entrants of the last few years, bunq is at the rather sparsely populated disruptor end of the scale. While many have arrived with much the same business model and technology as the incumbents, bunq has some clear differentiators. Whether this culminates in it becoming a successful mainstream bank remains to be seen but it is on an interesting journey.

At the helm is Ali Niknam. He was born in Canada from Iranian descent and now lives in the Netherlands, where he set up bunq. He has financed the venture, with no involvement from venture capitalists, having stepped aside from TransIP, the company he set up when in his 20s and now the biggest domain name and web hosting provider in the Netherlands.

With more time on his hands, he looked around at what to do next, seeking something that would “contribute to the common good”, he says. It was the time of the financial crisis. “A lot of people were getting hurt,” including entrepreneurs who couldn’t get credit and individuals struggling for a mortgage or loan.

“The people who were meant to be sorting this out were just shouting at each other, not coming up with real answers.” He concluded that although the financial system had come close to “utter meltdown”, there was insufficient focus on how to prevent the next one.

What should the next generation of a bank look like? Clearly, he says, it would not have branches. It would be truly user centric, with products that users would love to use, rather than merely constituting a necessity. At its heart there would be a different business model, not one based on attracting money as cheaply as possible and selling it at the highest price, with a black box in the middle.

That standard banking model is akin to a second-hand car salesman, says Niknam, and seldom brings a satisfactory return for the customer. Under a pure services model, if the customers are happy, then the business flourishes. It was also clear that there was a need for speed and transparency. A bunq account can be set up in five minutes, with phone and ID, and there is a monthly fee of €9.99 for businesses and €7.99 for personal customers. 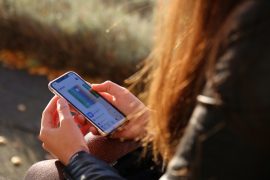 bunq: a bank built by coders

The decision to set up a bank was not taken lightly, Niknam emhasises – “no one does it for fun” – and it was the height of the financial crisis. He left the UK after the Brexit vote, driven by the uncertainty. The UK’s loss was the Netherlands’ gain, with bunq setting up in Amsterdam. The Netherlands and its regulator are recognised as one of the world’s toughest, he says, and there had been no green-field bank in the country for 30+ years. The process for bunq to gain its licence took around three years and, indeed, working with the regulator, it established the processes for anyone wanting to follow in its footsteps.

The technology was developed from scratch and took around one year. Niknam describes bunq as “a bank built by coders”. This was from the database level to the app level, including card processing. Everything is on Amazon’s AWS cloud apart from the bank’s private keys, which reside in a couple of data centres in the Netherlands. Fundamental to the development was scalability and keeping things simple, he says.

Today, the bank has around 100 staff, with 36 different nationalities. Part of the first-line support is outsourced, everything else is in-house. The core team of Amsterdam-based coders for the back-end is six or seven people, with a similar number of app developers. “It is a small but very effective team,” says Niknam.

So what does user centricity look like at bunq? There are instant notifications, for each card payment, direct debit or any other transaction. In real-time, customers can block their cards (Maestro and Mastercard), change PINs or adjust limits. For direct debits, an upfront notification allows the user to decide whether or not to approve it.

Payments are processed in real-time and there are no foreign exchange fees. A partnership with TransferWise means support for 39 currencies. Another partnership, with Barzahlen, has brought support for cash withdrawals and deposits at more than 10,000 locations across Germany, Austria and Italy.

When it comes to investments, again via the app, users can choose where bunq invests their money, through a check-list of investment types. At present that list is not particularly granular, comprising personal lending, personal mortgages, green companies, all companies and other bank loans, but it is likely to evolve, with bunq proactively asking its users for suggestions. Users can also opt not to receive interest, which might fit with their religious beliefs. bunq’s current interest rate is 0.27% and this is on all accounts, not just savings.

There is also the ability to open sub-accounts. Each one is a full bank account, with its own IBAN, so can incorporate direct debits, external payments and card transactions. All payments can be rounded up to the next euro, saving the difference on a dedicated account.

bunq is always looking to expand its product set, says Niknam. It is directed by a combination of intuition, analysis of the usage of its existing products, and its users, via its public forums – users have the ability to vote on particular ideas. It seeks to “surprise” its users, he says, and holds public launches of its new updates, which can attract 500 or 600 users. 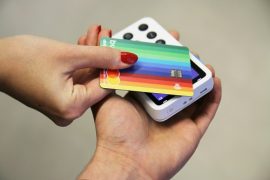 Users can choose where bunq invests their money.

Anyone residing in the EU can open a bunq account but the bank has translated and tailored its apps for the Netherlands, Germany, Austria, Italy, Spain, France and Ireland. That international expansion has come in the last year or so, with “soft launches” followed by full ones. When it comes to the UK, uncertainty remains the “number one problem, which is a terrible shame”.

bunq’s open API has been available since early 2017 and there is currently a range of third-party apps, with a particular focus on SMEs. “Being a techy, I love open APIs,” says Niknam. The approach unlocks third-party creativity and brings more solutions than is possible under bunq’s own steam, he says.

A popular app in the bunq app marketplace provides real-time connectivity to accounting packages, saving users time and providing reporting and analysis. Another will automate the creation and management of “kitty pots” allowing, for instance, customers to specify a percentage of their salary to be automatically allocated. Another app allows groups to be set up for expenses, keeping track of who paid what and then automatically settling at the end. There are plenty more apps to follow, says Niknam.

There is also a “PSD2 [Second Payments Services Directive]-compliant sandbox” with a software developers’ kit. While it remains to be seen what comes out of this facility, Niknam describes himself as “a huge sceptic” of PSD2. He feels the reasoning was correct but the implementation is wrong. “It is the result of a political process rather than something that makes technical sense.” He feels there’s also confusion around privacy and security, with a lack of standardisation. What’s needed, in his opinion, is a simple mechanism that allows customers to move their bank account numbers, as they can do with their mobile phone numbers, from one bank to another.

Customer feedback for bunq certainly looks positive, with far higher satisfaction ratings for than most banks. Frustration has typically been around compliance and know your client (KYC) checks, with users complaining of blocked accounts or not being able to open new ones. This is one of the huge challenges, says Niknam, because there is no single European register of fraudsters. It makes the life of every banking entity very complicated, he says. Indeed, solving the problem is technically feasible, he says, and he expresses himself keen to help facilitate a pan-European solution.

In terms of the small number of unhappy customers, he says bunq always monitors feedback and claims that more than 90%of the negative feedback related to KYC is from fraudsters, who are still trying to break in by posing as legitimate customers. 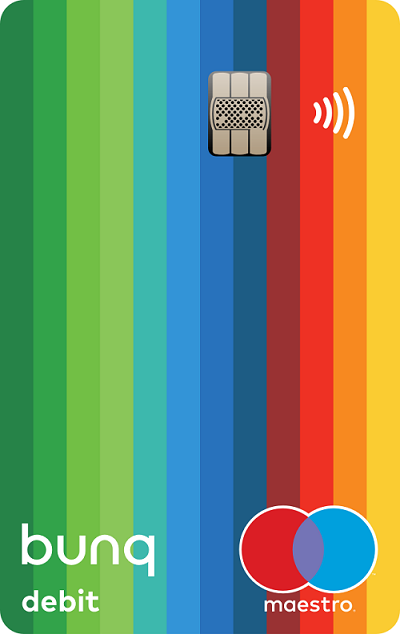 So does all of this add up to a successful business? The bank opened in 2015 and, at present, is not disclosing its number of users. The emphasis, says Niknam, is on happy users. Without the pressure of venture capital backers, “we have the luxury of doing things well” rather than rushing. It is not currently making a profit but, he points out, its revenue is increasing steeply. Being founder-led and owned, making bunq sustainable is a strong motivation, he says.

It has been interesting to see, says Niknam, the large number of people who have been willing to pay a monthly fee for their banking. “By and large, most people wrongly believe banking is free.” An example is the UK, which in reality has one of the most expensive banking sectors but with this lost on many people through lack of transparency.

There is a dearth of competition in banking, with little point in customers swapping one bank for a similar one. “There is a totally different player in town, that really cares about its customers,” concludes Niknam. These are still relatively early days, so the challenge is now to turn customer satisfaction, monthly fees, and all of the current and future features into a profitable business model but the signs are promising and, for ever more customers, the proposition looks to be a compelling one.