Big banks are driving fintech to the mainstream

The first time I saw an iPod commercial, I didn’t think much of it. At that time I was still happily downloading every song I could get my hands on (for free! Thanks Napster!). Even though I was amassing an impressive collection of music, I was still burning them onto recordable CDs so that I could play them on my Discman (which I would connect to my car through a converter that went into the tape deck – remember that?).

I used to spend hours creating the “perfect” mix for every situation, and I was buying burnable CDs in stacks of 50. For all the time and energy I spent thinking about music, I never, ever considered moving away from a CD-based system. Music belonged on CDs, no matter how you acquired it. 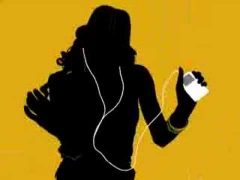 Those commercials were impossible to avoid

So yeah, the first time I saw an iPod commercial, I wasn’t that interested. I would have told you then that I was quite happy with what I already had. Those commercials were impossible to avoid, though, and by the 10th or 20th time I’d seen those dancing silhouettes, I started questioning my music delivery system. Maybe it would be cool to dance around with headphones on and not worry that my song would skip. Maybe it would be cool to have a smaller device. And maybe it would be really cool to be able to queue up more than 15 songs at once. I didn’t end up getting an iPod, but that massive advertising effort by Apple created a desire in me that I didn’t have even one year previously.

Whether the average consumer ends up switching FIs or not, the way these firms are presenting their fintech offerings will dramatically change how the average consumer thinks about what they want out of their bank. Or, coming back to the story above:  a lot of consumers who think they’re happy with CDs are about to start asking about mp3 players.

I’ve spent the last few months keeping track of the bank commercials that I’ve seen and how they speak about tech. For anyone who’s keeping track, I tend to see these primarily while watching live sports (especially major sporting events) or as ads on Hulu. I’ve seen ads from US Bank (showing a mobile savings goal system), Bank of America (showing branch-to-mobile functionality), Synchrony (showing an analytical insights platform for businesses), Experian (showing how they help raise your credit score), and Wells Fargo (who have too many different tech commercials out right now to count). My apologies to all those bank marketers whose work I didn’t highlight here; there are many more I could have listed.

What’s really interesting to me about these commercials is that they move the conversation beyond the technology itself and instead focus on the benefits that technology can offer. Instead of presenting the latest tech as something that’s cool, hip, and necessary for those who think of themselves as tech-forward, these commercials are showing everyday, normal people using fintech to make their lives better in ways that have nothing to do with being technophiles. We see a couple raising their credit score and then moving out of a tiny, old apartment into a nice new house, or we see a convenience store cashier monitoring (and eventually reaching) her savings goal so she can fly home to visit her family. We see people using fintech to do something cool and worthwhile instead of seeing people using fintech because it inherently is cool and worthwhile. 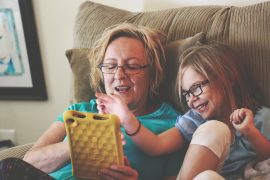 This is a subtle shift, but it’s a vital one. And it’s one that echoes a similar shift that occurred several years ago when fintechs changed the way they presented their offerings to financial institutions.

When I first started paying attention to the industry, fintech companies were much better at building cool technology than they were at explaining why people or banks needed that technology. A lot of cool innovations died on the vine, so to speak, because their teams couldn’t convince banks or end users that they needed to buy them. This kind of missed opportunity has long been one of the most painful aspects of fintech for me – I can’t count how many times I’ve seen a company that I know has a good product with a strong value proposition fail to make that value proposition clear when it really counted.

As the industry matured, and more investment capital started flowing in, fintechs were able to improve their messaging skills dramatically. The growing support industry around fintech played a big role too, as more fintech-specific PR firms, marketing firms, etc., started to pop up. While targeting the general population with a national marketing campaign was still out of reach for most companies, it became a lot easier to engage the relatively small community of financial institution professionals. At Finovate, we saw this change firsthand. A lot fewer demo-ers had messages that essentially boil down to “We can do X!” A lot more of them took it a step further saying, “We can do X, and here’s exactly why you need us to do it.” 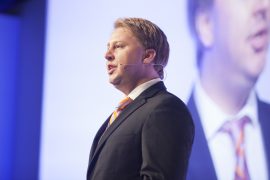 It sounds simple, but as any marketer will tell you, doing it well isn’t easy. As the industry got better at it, banks and bankers no longer had to think of themselves as “tech forward” to be interested in fintech. Instead, fintech became a path to growing customer bases, increasing operational efficiency, reducing risk, staying compliant, and more. You can still find banks and bankers who are suspicious of fintech or feel like they don’t need to worry much about it, of course, but that group is shrinking every day. Today, fintech is a part of the banking industry’s general consciousness in a way that would have been unthinkable as recently as 2013.

Will we see a similar change among the general population? It won’t happen overnight, but right now, major international banks with robust marketing departments are using their substantial resources to create a set of desires among the general population. When that happens, you can bet it won’t be long before people who used to be satisfied with what they’ve always had will start to get curious about what else is out there.

The clock is ticking. Don’t be the last guy out there trying to sell CDs in an mp3 world.