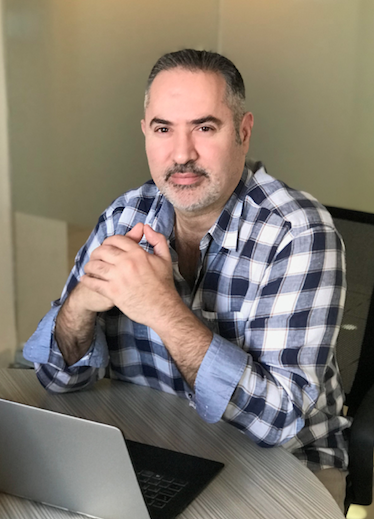 According to new findings published by a New York University research centre, the lack of diversity in the artificial intelligence (AI) field has reached a “moment of reckoning” that threatens to undermine the vast potential of AI technology.

The lack of gender diversity is a particular cause for concern as only 22% of global AI professionals are women and more than 80% of the field’s research professors are men.

However, it’s not simply a question of inclusion. The underrepresentation of women throughout the industry is becoming a more urgent concern as AI and machine learning (ML) become further embedded into the fabric and functioning of modern society. Essentially, we are all becoming more dependent on AI as part of our everyday routine and if the lack of diversity continues to go unaddressed then the consequences could be irrevocable.

Gender inequality has particularly destructive implications for AI because of the way that the technology’s capacity for problem solving relies on using a combination of pre-set processes and historical data. While this means algorithms can be designed to operate in a theoretical logical manner, they are prone to perpetuating their creators’ biases.

The scale of the problem is such that even some of the biggest technology companies have experienced teething problems and aborted launches on account of their AI products being compromised by a lack of diversity. For example, in 2016, Microsoft had to pull the plug on its smart chatbot Tay after the AI began generating extremist slogans and misogynistic slurs. The system’s failure demonstrates the problems associated with algorithms that aren’t built to address inherently emotive questions concerning the promotion of offensive content. In other words, teams of homogenous individuals are often unaware of the ways such technology might perpetuate bias or abuse against the same minorities who are generally excluded from its development.

While for a company like Microsoft this case might seem like a trivial example of AI gone awry, for a less established entity a PR disaster on this scale could lead consumers and investors to lose faith in the ability of developers to deliver a saleable product. Firms can mitigate against this possibility by having a diverse technical team that is not just conscious of these issues but also sensitive to the needs of consumers with a different gender or ethnic makeup.

Ultimately, successful AI technology is uniquely dependent on individual perspectives but by drawing on a broad range of experiences, AI tools can produce more universal, useful and representative outcomes.

What can the industry do?

For the AI industry to address its frankly woeful gender gap it must adopt a two-pronged strategy that focuses on first attracting more women into AI and retaining them in the long-term. To achieve the first of these, AI and tech companies must partner with public-sector organisations to ensure that STEM degrees are attractive and accessible to a wider number of young women. Recent research from PwC reveals that only 15.8% of UK undergraduates in STEM fields are women and individual companies cannot hope to address the industry-wide gender imbalance without having a wider talent pool to recruit from.

Where retention is concerned, individual companies can have a more significant impact. This should take the form of listening to successful women both within organisations and the wider tech community so that business leaders can begin to better tailor their organisational structures around women and their professional concerns. It is estimated that 56% of women who enter the tech industry leave before they attain mid-level jobs. We need to understand why this is the case, and ensure there are flexible career paths available to women in the various sub-sectors of the AI industry.

For AI to continue transforming the public and private sectors, it is first necessary to address the lack of gender diversity in the industry. Preventing algorithms from perpetuating biases that disadvantage women must be realised and addressed. Only by doing this will AI be positioned to reach its full potential and ensure people of all races and genders are able to take advantage of these latest technological trends. It cannot allow issues of inequality to hold it back.

Nikolas Kairinos is the CEO and Founder of Fountech
Fountech specialises in the development and delivery of intelligent AI solutions for businesses and organisations.