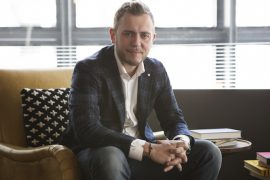 Although historically competitive, financial firms have only just begun to adopt “open innovation” strategies akin to what other industries have done over the last two or three decades.

But what exactly are they? To clear up the confusion, this approach really means to leverage open source technology and standards to lower costs and reduce time-to-market for products and services. It also leads to the attraction and retention of top talent. As a recent example, Goldman Sachs recently stated its plans to release proprietary code on GitHub, a web-based hosting service for software developers using this technology.

However, many financial services decision-makers have yet to fully grasp the power of open source collaboration for their businesses. Financial institutions on both the buy- and sell-side still suffer from ingrained misconceptions about legal issues or compete-at-all-costs mindsets across their technology stacks. This can stifle a move to a more collaborative strategy that can lead to tangible, improved long-term results.

Open source is a collaborative software development model whereby code is made publicly available and maintained by a decentralised community of developers. While its origins are rooted in individual passion, this technology has risen to a mainstream commercial business model. For example, today the size of open source database market is $2.6 billion, or 7.6% of the entire market according to Gartner. And trends continue to point to an unstoppable growth with the global open source services market estimated to be at $32.95 billion by 2022, according to MarketsAndMarkets.

The benefits of open source are extensive. For one, consumers incur no fees, which saves companies significant costs over time. It’s also easily customisable to project needs. Given the wide usage of open source among many developers, security problems can be managed and resolved quickly. Finally, the product can live on if the vendor closes.

Despite the widely recognised benefits, myths persist about open source’s viability in financial services, largely due to cultural and historical reasons. Here are four that can cause confusion:

Myth 1: By letting go of proprietary tech, you lose a competitive advantage.

Inter-firm collaboration and interaction have become a greater part of the financial services industry, which generates revenue by interacting with counterparts and competitors by design. This is driving firms to embrace a sentiment of openness and exchange technological know-how.

In fact, collaboration can actually lead firms to be more competitive. By contributing and working with open source technology, they can take advantage of new innovations and decrease time-to-market.

Collaboration and competition can be considered an unlikely relationship in an industry known to be fiercely protective of its proprietary intellectual property. But the key realisation here is that the vast majority of proprietary software does not offer any competitive advantage – it’s actually often referred to as “the plumbing” or non-differentiating technology each firm needs to operate. Reducing spend on non-proprietary technology frees up resources for real value-add features.

Myth 2: Open source is at odds with financial regulatory compliance.

Although regulators have innovation arms and fintech forums, they have yet to embrace the real opportunity that open source enables. It promotes collaboration, efficiency, transparency and innovation.

Myth 3: Only students and amateurs contribute to open source in finance, which carries a risk.

It’s not just the kids hacking into your systems to create so-called innovation. Major financial institutions, such as Goldman Sachs and JPMorgan, contribute to open source initiatives via foundations, such as FINOS.

The most successful open source communities today are largely made up of software companies operating under collaborative nonprofit foundations like OpenPOWER and Linux Foundation.

The advent of cloud and Software-as-a-Service (SaaS) has played a key role in providing a major revenue opportunity for commercial open source companies: it should come as no surprise that the top 40 commercial open source firms are now valued at over $150 billion, according to the COSSCI (Commercial
Open Source Software Companies Index maintained by OSS.Capital).

Myth 4: Knowledge-sharing and exchange of tech with open source can lead to legal problems.

Open source components are free to use, but they require a licence to avoid legal and business risks. Much like proprietary software, as long as you comply with the terms and conditions of any licenses of the components you’re using, the risk in using the technology is removed accordingly.

Also open source foundations traditionally operate according to transparency principles and governance, effectively providing a desirable and effective framework for financial services companies to collaborate on technology knowing they are compliant with antitrust and conflict of interest regulations.

It’s clear that financial services firms are seeing great value in the power of open source from compliance to reducing time-to-market. It’s fundamental, now more than ever, for financial institutions to adopt new technologies and approaches, to innovate to retain top talent and remain competitive.