Five banks – Barclays, RBS, Citigroup, JP Morgan and MUFG – have been fined a total of €1.07 billion by the European Commission for currency rigging, Jane Connolly writes. 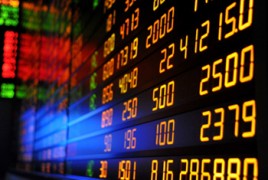 According to the BBC, individual foreign exchange traders had used online chatrooms to exchange trading plans and occasionally co-ordinate their trading strategies between 2007 and 2013.

UBS was excused from penalties because it revealed the existence of the cartels.

Four banks – Barclays, RBS, Citigroup and JP Morgan – were fined a total of €811 million for being in the “Banana Split” cartel. Barclays and RBS were penalised again, along with MUFG, €285 million in all for the “Essex Express” cartel.

The Commission’s investigation, which began in September 2013, revealed that most of the traders knew each other personally, with some having met on a train.

The BBC reports that the traders exchanged information that could enable them to make informed market decisions about buying and selling the currencies in their portfolios. This information related to outstanding customer orders, open risk positions in different currencies, prices applicable to specific transactions and other details about current or planned trading.

RBS and Barclays both say they have made provision to cover the fines. But the investigation could open the door for those affected by the cartels to sue the banks.

Lambros Kilaniotis, a partner at law firm RPC, tells the BBC: “If they haven’t already, any party involved in forex trading, such as institutional investors, pension funds and large corporates, should now be reviewing what losses they have incurred.”

UBS states that it is a legacy matter and the bank has made “significant investments” to strengthen its control framework.