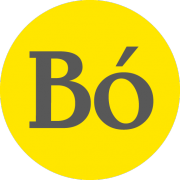 Bo is RBS/NatWest’s digital alternative to the likes of Monzo and Starling, with former operations chief Mark Bailie leading the project.

Reportedly, around 100 staff have been briefed on the new project.

Bo is expected to launch to retail customers in 2019, with the aim of migrating one million Natwest customers to the new mobile platform. It will offer savings and deposits products to consumers.

We have reached out to Mambu and Bo; both firms have declined the request for comment.

For payments, Bo originally signed up to Starling’s Payments-as-a-Service offering.

Mambu already has a couple of users in the UK, namely OakNorth (which runs the system on the AWS cloud) and N26 (which uses Mambu’s tech in its home market in Germany and across international locations).

Who’s who in the challenger banking space in the UK? Read our free guide to learn more.