German challenger N26 is going under scrutiny by German regulator BaFin, which has found several deficiencies that the bank must address as soon as possible. 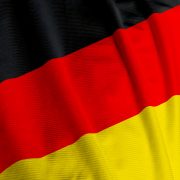 Valentin Stalf, CEO of N26, has released a statement highlighting its commitment to fixing those issues: “As all licensed banks, N26 is subject to regular internal and external independent audits, including those by the German financial regulatory body BaFiN. Like all German banks, we are under BaFin’s supervision and have a very close working relationship with them.”

According to Handelsblatt, the regulator has ordered N26 to address staffing, outsourcing and engineering issues. The bank has shown delays in getting back to customers via email or chatbot.

The German publication says that, according to insiders, financial supervisors believe that N26 has grown rapidly, but has not adjusted structures at the same pace. However, the regulator’s feedback on the N26 was “unusually tough”.

This also has to do with the several fraudulent cases reported in the bank, and the slow response by the bank to get back to customers to address them, where the bank was unable to address and reverse these fraud transactions even when reported promptly by customers, reports the Handelsblatt.

“Regular audits are therefore business as usual for a bank. It is normal that during such an audit the regulator identifys points of improvement. We take the findings of every audit very serious and address areas of improvement as quickly as possible,” the CEO adds.

The bank has said it will investigate and address security measures and customer service over the coming months.