A new round of funding led by SBI Investment and Salesforce Ventures has driven identity verification firm Onfido’s total capital to more than $100 million, reports David Penn at Finovate. 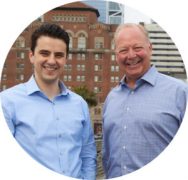 “With this new funding, we can protect more businesses, in more countries – and in more ways – from the effects of fraud,” Onfido co-founder and CEO Husayn Kassai says. “We’ll also be able to expand the reach of our technology, so that people without a credit history can finally access the online services they badly need.”

This week’s $50 million financing, which featured participation from M12 (formerly Microsoft Ventures), FinVC, and other investors, will help Onfido fulfill its goal of leveraging AI to standardise how businesses verify identity. In a statement, the company says the funding would also help it “consolidate its core market in the US” as well as support growth in areas like Europe and Southeast Asia.

As part of the investment, former chief sales officer and vice chairman of Salesforce Frank van Veenendaal will join Onfido’s board of directors. “There has never been a more important time for companies to build trust with their customers by showing they are one step ahead of fraudsters,” Veenendaal says.

“I believe Onfido has the unique opportunity to transform the digital identity market and deliver robust and scalable authentication-as-a-service,” he adds, “similar to how Salesforce transformed customer relationship management.”

The technology offers enhanced security during new user onboarding by having users video themselves performing specific actions such as repeating random numbers to ensure liveness.

Onfido’s solution then leverages machine learning to compare the facial image in the video to the image on the user’s identity document.

Appointed to the FIDO Alliance Board of Directors in March, Onfido also last month announced a project to help train officials at Interpol to better identify fraudulent ID documents.

Onfido also partnered with IDValidation to fight the growing problem synthetic identity fraud in which only a single element of an individual’s identity – rather than the users’ complete identity – is stolen and used to make transactions.