How new AML tech is freezing the fraudsters 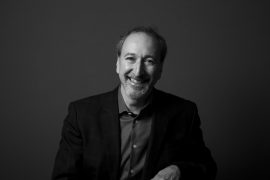 The National Crime Agency’s 2018 assessment of organised crime estimated that the annual impact of money laundering in the UK amounts to hundreds of billions of pounds. $2.1 trillion is thought to be laundered globally annually, with the problem on the rise in recent years.

The scale of the problem reflects the complexity involved in tackling financial crime at the same speed at which money can now be sent from one account to another.

People, businesses and entire economies have benefited significantly from trailblazing technological advances such as the ability to send money to another bank account in real time. Unfortunately, criminals have also been quick to exploit these innovations, meaning that illicit funds can be dispersed through multiple accounts and banks across a payment network faster than ever before, helping to obscure the source and make the repatriation of stolen funds extremely difficult. With 40 countries either live or in the process of implementing real-time payments programmes around the world, this is a global issue which needs industry-level collaboration to resolve.

One particular element of financial crime is payment fraud, such as CEO, mandate and invoice redirection fraud. No-one can have failed to spot the stories of business and consumer fraud in the media, and according to UK Finance data, a total of £145.4 million was lost due to authorised push payment scams in the first half of 2018 alone – 44% higher than in the same period of 2017! It’s therefore no surprise that in the UK there have been increasingly more calls for an effective fraud-detection solution from a variety of consumer groups and business associations.

The City of London Police’s National Fraud Intelligence Bureau (NFIB) shows that over £32 million has been reported to be lost as a result of CEO fraud alone. Organisations in both the UK and the US have experienced losses of thousands to millions of dollars/pounds, such as tech group Ubiquiti Networks which was swindled out of $47 million. In the UK, one company – a producer of healthcare products – was duped out of £18.5 million.

While the authorities in the UK and around the world work to infiltrate and bring down the criminal networks, the financial services sector has also been working hard to develop an effective solution that will detect and prevent criminal activity across payment networks.

Previously, while banks have been able to detect and investigate suspicious payment activity within their own four walls, they have been unable to see a detailed picture of how stolen or illicit funds are dispersed across a network. Significant progress has now been made with the launch of a ground-breaking solution to overcome this hurdle.

By bringing together payments data from multiple banks and overlaying it with proprietary analytics and algorithms, MITS accurately pinpoints individual accounts (known as mule accounts) involved in suspected illegal activities.

It also enables suspicious payments to be tracked as they move between bank and building society accounts, regardless of whether the payment amount is split between multiple accounts, or if those accounts sit within the same or different financial institutions. MITS creates a visual map of where and when money has moved, providing data driven insights and new intelligence that enable banks’ financial crime teams to take action.

The launch followed a successful pilot with a number of major banks. As well as uncovering multiple money laundering rings, the pilot also discovered hundreds of mule accounts previously completely unknown to the participating banks.

Over 90% of UK current accounts are now covered by the technology and the AML Insights technology can be applied to payment systems around the world.

This is not just good news for the banking sector, but also consumers, businesses and the economy. The next step is to now better enable the financial institutions to repatriate stolen funds to the victims of fraud and scams. Unfortunately, under current law once funds have been moved to an alleged scammer, the customer no longer has legal title to them. This generally means a court order is needed to return the funds – the finance industry is calling on the government and regulators to work with them to resolve this.