Albo, a Mexican challenger bank, has raised $7.4 million in a Series A round of investment led by Mountain Nazca, as the deadline for new regulations in the country loom later this year. 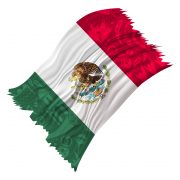 The fintech offers consumers a digital account with a prepaid Mastercard to receive, transfer, and spend their money.

The funding round was joined by the impact investment firm Omidyar Network and Greyhound Capital.

“Among the opportunities in the fintech sector in Mexico, we have identified Albo as the one with wider potential impact in the country and are convinced that Albo will be the leading challenger bank and the solution that will move the needle on financial inclusion in Mexico,” says Hector Sepulveda, co-founder and managing partner of Mountain Nazca.

According to the firm, only 47% of the Mexican population among 17 to 70 years old has access to a bank account.

It says “excessive fees and predatory practices” have been a target of proposed legislation to improve competitiveness in the traditional financial sector this year.

Albo’s founder Ángel Sahagún has worked in the tech sector since 2010, aiming to boost financial education and inclusion in the country through tech.

A recent study by BMI Research has found that Mexico’s financial inclusion is set to reach 60% of the population by 2026 due to the advent of innovative financial solutions such as Albo.

Albo sees a big opportunity in Mexico, where 86% of its 129 million inhabitants own a smartphone. Through the app, any user can see categorised expenses and income reports – to develop “better financial habits”.