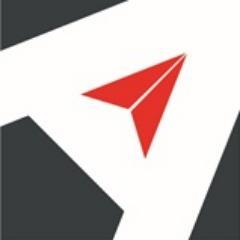 The deal was valued in the “multi-millions”

The Michigan-based venture capital fund has invested an undisclosed amount in Allied Payment Network, which is located in Fort Wayne.

Plymouth partner Jeff Barry says the deal was valued in the “multi-millions”. Barry will join Allied’s board as part of the deal.

Allied is a fintech company perhaps best known for marketing Picture Pay, software that allows users to take a photo of a bill or invoice and pay it from their mobile phones.

The company has a range of bill payment services it offers to banks and credit unions, Barry says.

“They’re the only ones to successfully bring a product like Picture Pay to market in an accurate way,” Barry argues. “The Internet bill-pay industry hasn’t been really innovative.”

This isn’t Plymouth’s first investment in an Indiana start-up. In 2017 it invested in a number of Indiana companies, including Kinney Group and ClearObject.

“Indiana has a very good tech scene,” Barry says. “We consistently see start-ups that have gotten to $3 [million], $4 [million], $5 million in revenue without much capital. In Indiana, you can accomplish a lot with a little.”

This ability to grow early-stage companies without the need for a ton of investment capital means later investors can make outsize returns, he adds.

Allied, which was founded in 2010, has about 30 employees, Barry says.

In 2019, Barry predicts Indiana will continue to see plenty of venture capital. He’s also bullish on a new state-supported pool of capital called the Next Level Fund.

“It will spur a lot of activity,” he predicts.