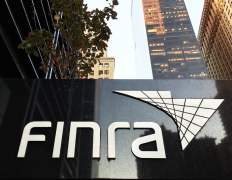 In addition, the Securities and Exchange Commission (SEC) and the Financial Crimes Enforcement Network (FinCEN), a bureau of the United States Department of the Treasury, also announced that UBSFS has agreed to pay a $5 million penalty to each of these agencies in separate actions for AML violations.

Susan Schroeder, FINRA’s executive vice-president, department of enforcement, says: “When firms are part of global operations involving high-risk international securities trades and money movements, it is critical that they design and implement an AML programme tailored for their business model.”

FINRA found that, from January 2004 to April 2017, UBSFS processed thousands of foreign currency wires for billions of dollars, without sufficient oversight.

UBSFS’s failure to monitor these high-risk transactions went undetected for more than eight years until discovered in 2012, and the firm failed to implement a reasonable system until April 2017.

With respect to UBSS, FINRA found that, from January 2013 to June 2017, the firm failed to reasonably monitor penny stock transactions that its Swiss parent routed to UBSS for execution through an omnibus account. During this time, UBSS facilitated the purchase or sale of more than 30 billion shares of penny stocks valued at over $545 million through the omnibus account for undisclosed customers.

In settling this matter, the firms neither admitted nor denied the charges, but consented to the entry of FINRA’s findings.

UBS is also in trouble with the US Department of Justice due the mis-selling of complex financial products that contributed to the 2008 financial crash.

On top of that, last month Switzerland’s Competition Commission opened an investigation against several Swiss financial institutions – including UBS – over an alleged boycott of mobile payment solutions by providers such as Apple Pay and Samsung Pay.