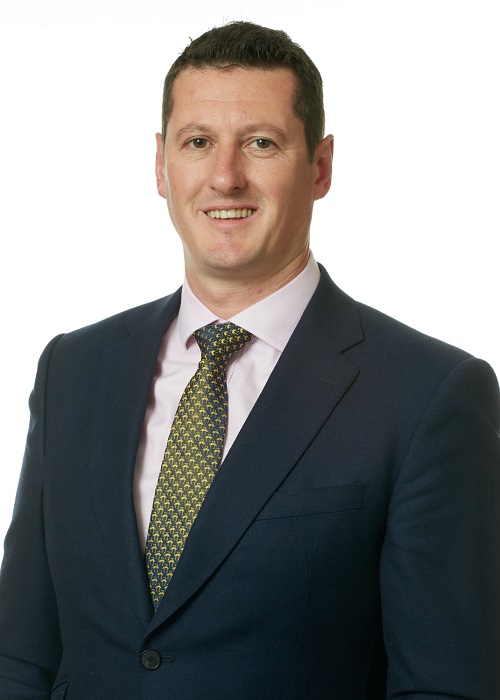 Howard Womersley Smith: the boom in fintech investment should not be taken for granted

Every month is probably a busy month for Mark Carney, the Governor of the Bank of England (BoE), but September and October seemed especially so.

The quiet “remainer” was asked in September by the Chancellor of the Exchequer, Philip Hammond, to extend his tenure for a further seven months, which Carney responded positively to. From Hammond’s perspective, it is one way of ensuring some form of stability somewhere.

Carney has so far managed to hold back from anything too outspoken, only pitching in on the odd occasion when he can’t help himself. It now seems that he has waited to feel secure in the job before really letting loose.

No sooner had news of the extension broken and the Governor was speaking out with a warning that a no-deal Brexit could be equal in severity to the 2008 financial crash. By November, however, the whips had got to him as he provided some surprisingly quick and positive support for the Prime Minister Theresa May’s draft withdrawal agreement and was even the one who suggested a possible extension to the transition period.

Whatever his reasons for the support, Carney must have also come to the conclusion that adding to the backbiting cannot possibly be the strategy for which he should be remembered.

Stewarding a steady recovery from the recession and a “smooth and successful Brexit”, now that’s more like it. But surely that can’t involve armchair commentary every now and again during the lead up to the UK’s departure?

Technology will save us

The fintech sector will be watching Carney closely. In his June speech he suggested that fintech could be the key to his plans to revamp the UK bank payment system. Carney is backing this up with action. In opening the BoE’s real-time gross settlement (RTGS) to fintechs, including those that use blockchain, he is sending a clear signal that he intends to assist newcomers in gaining entry into the sector.

Electronic payments are now essential to the British economy, given that the majority of sterling payments are now made in this way. The BoE has a central role in supervising this, and is directly responsible for operating CHAPS and CREST settlement systems. The application of RTGS over the BoE’s settlement accounts, together with its secure status as the lender-of-last-resort, mean that its payment systems provide the surest guarantee against counterparty risk to the inter-bank payment transfer market. Affording such access and security to the fintech sector suggests that Carney hopes that they will play a leading role in his Brexit planning. Reading between the lines, this could be the first clue that he has an added agenda.

From a financial services perspective, could it in fact be the partnership of Carney with fintech that saves us in Brexit?

Alleviating the risk of financial isolation

The BoE has already begun efforts to connect RTGS with other central bank payment systems, such as that used by the Bank of Canada. Such modernisation efforts should be applauded, especially now that fintechs will be able to tap in. However, despite the best will in the world, it is Europe and the invitation to Target2 that counts, but we are still in the dark as to how we will maintain connectivity there.

If such a doomsday situation does arise and May’s government fails to obtain “functional equivalence status”, the UK will be excluded from the Single Euro Payments Area (SEPA). Access to Europe will be barred, which means that payment services providers (PSPs) will have to agree new relationships with PSPs based on the continent from the UK. This will prove an enormous challenge without an established payments network to connect them together.

With announcements of capital pools, assets and business units moving to the continent each day, it is vital that the UK financial services sector maintains its route into the European financial market.

If the Eurozone countries feel too sore about Brexit to connect their financial systems, surely the opening up of RTGS to fintechs will create a stir.

Is it possible that Carney’s ambition to allow fintechs to open settlement account interests is part of a masterstroke in his efforts to be invited back into Target2, after deciding not to join over a decade ago? This could prove to be the safety rope to Europe, allowing Britain to maintain that essential access to European payments systems and the Eurozone’s financial markets more generally.

Back home, Carney’s swan song may end up being his very own “Microsoft” moment, as all cross-border UK payments are forced to use the BoE’s payment systems, resulting in these becoming ubiquitous systems.

So, where does this leave UK fintech investment?

For investors, and therefore, advisers, all this sends a strong message that the UK is still a key centre for fintech. London has been able to provide a safe haven in which fintechs have prospered, by tapping into a plentiful, young and tech-minded workforce, and in relying on the support of both the government and regulators. London therefore remains the hub for fintechs to do business.

Fintech investments continue to soar, with over £12.2 billion has been invested in the first half of 2018 according to KPMG’s biannual global analysis of the sector, “The Pulse of FinTech” (although that did include the acquisition of the UK’s Worldpay for a whopping £9.8 billion by the US payment processing giant, Vantiv).

This boom in fintech investment should not be taken for granted, as it may suffer from a stark adjustment early next year if UK fintechs start returning home to the (often-touted) “capital of fintech”, London.

However speculative it may indeed be, the potential for Carney to use some of his best cards in the form of fintechs to preserve that vital link to the Eurozone’s financial systems, may be the very saviour of fintechs themselves.