The value of Deutsche Bank shares has plummeted after confirmation it was involved in the money laundering corruption case concerning Danske Bank. 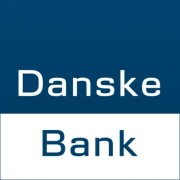 Shares in the German bank fell 4.8% to all-time lows, having dropped 48% so far this year.

Howard Wilkinson, head of Danske Bank’s trading unit in the Baltics from 2007 to 2014 and responsible for spilling the beans in the whole Danske fiasco, claimed that a major European lender was involved in processing up to $150 billion in suspicious payments.

A Deutsche Bank spokesperson, in a statement to Reuters, says: “Our role was to process payments for Danske Bank. We terminated the relationship in 2015 after identifying suspicious activity.”

Reports say that BaFin, the regulator, is considering launching a formal investigation into the German bank.

This depends on the extent to which Deutsche Bank was meant to be aware of the nature of these payments.

These claims were made at a Danish parliamentary hearing, which is looking into payments totalling €200 billion that were made through the lender’s Estonian branch.

Wilkinson also implicated two US banks and the Department for Justice has asked Bank of America and JP Morgan about their involvement.