Not learning is not a super power: language and the age of disruption 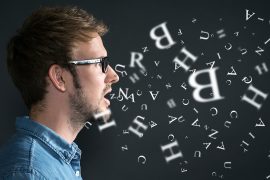 Not learning is not a super power: language and the age of disruption

It’s not the Brits and the Yanks that are divided by language.

They mostly know what’s going on, having navigated the pitfalls over the years (although “pants” means underwear, whatever you insist on claiming over on the far side of the Atlantic).

The biggest downfall of a shared language these days is in your office.

A few years ago, when you had “innovation” type conversations, you started with definitions. You didn’t assume people knew what you were talking about and, in starting from first principles, you ensured everyone talked about the same things at least for the next hour. Sure, some times you had to oversimplify and lose nuance but at least you knew you were not talking at cross purposes.

A few years on, and we are well settled into the paradox of “disruption is the new normal”: a much catchier albeit less truthful version of “change is occurring at a faster pace than before, strap in”. In this sanitised disruption paradigm, there is perversely shame in asking “what does that mean”. Business execs are approaching this the way they approach everything else in their business, by implicitly accepting that only dummies ask questions and authority and knowledge are uniquely tied.

This is not new.

About ten years ago I sat in a meeting where it eventually became clear that there was some unease as to whether CLOs and CDOs are essentially the same thing (they are) but folks were damned if they would ask. The dance of sideways validation was a sight to behold.

More recently, I sat in a meeting on data monetisation.

Let me tell you a secret about data monetisation: we don’t know how to do it, in banks.

We know we are meant to be thinking about it. We know we have a lot of data that may or may not be ours to use and we know that data monetisation in the digital era doesn’t equal selling data but selling insight. And that means truly understanding what your client does with their life and business and giving them something true and useful to that end.

Not all facts are useful, by the way.

A vendor running a pilot on customer data once told me “not many of your customers are widowed”, which is nice to know because a death in the family is sad, but it doesn’t deliver much against the “actionable insight” benchmark considering we were not actually trying to address the widower segment in the first place.

So back to that monetisation meeting where none of those basic assumptions were discussed. Instead, we skipped all level-setting and definitions and jumped to solutions. Sound familiar? It gets better.

The proposal put forward was for a market data utility, with some algorithms on top, that would allow the customer (existing and future, as yet undefined) to do what they want (democratically vague) with the data. Essentially raw funnel, magic layer, cash. Done.

Everyone nodded. Apart from yours truly.

I won’t bore you with the back and forth it took us to get to the point, the amount of times they tried to lecture me on confidentiality and the diversification of customer business ends. The art of the possible and data being the new oil.

The point was arrived at in the end: my interlocutors did not actually know what an algorithm is. And I don’t mean their technical know-how was sub par. I mean then didn’t know what it is for. Because their entire business strategy was predicated on algorithms being these objective wonder machines when nothing could be further from the truth.

An algorithm is a set of rules to be followed as part of problem solving.

If what you are asking the computer to do is calculations, then you may be ok assuming objectivity. Though mathematicians would raise eyebrows roundabout now.

For anything else, you feed it assumptions. An algorithm for making tea reflects your habits and preferences: adding milk while the teabag is still in the cup. Defaulting to lemon. Whatever.

So in the months following that meeting I engineered conversations in banks and outside, across a variety of countries and settings, where people who used words had to explain to me, in simple English, what they meant.

I am so much fun.

Algorithms topped the charts for bringers of misunderstood magic.

But they were not alone.

I had startups and established vendors pitching solutions, using words hoping not to be found out.

In no particular order, I had “hashing” being used to mean “data tagging” and people glazing over when I spoke about reversibility; “universal identity assets” being explained as “user profile management suites”; levels of statistical significance being explained as percentage of effort or completeness in the work – and that’s before I get started on the sales folks who memorise buzz words but don’t read even the headlines around definitions or relevant regulation in the jurisdictions they operate in… or that one memorable occasion when the marketing bod in front of me got extremely confused when asked about integration costs and dissolved into a frenzy of Software-as-a-Service (SaaS), cloud, please make it stop.

I am not going to make it stop.

With every passing year this is getting worse, not better, and it is a problem. Bankers, vendors and influencers are falling into the nonsense trap.

My all time favourite, a recent and highly quoted suggestion of creating a new asset class by putting securities price ranges as single data points on the blockchain for market-makers to do stuff with. This is the chocolate teapot on every level, from viability to usefulness and legality and yet people applauded, tweeted and quoted a statement that demonstrates a cavalier attitude to how the market currently works, what the tech name-dropped does at the most basic level, what is good business and where the regulatory trends are pointing.

What is wrong with us? Why do we think it’s ok to use terms we don’t understand to say things that don’t make sense, in a business setting? What do we hope to achieve by this?

Funnily enough, an algorithm would fix this. Just saying…

Since the magic of the algorithm is in the rules that follow a logic that serves a plan, if you were robots I could make it impossible for you to say words that you had no stored definitions for. Neat no? Also sinister.

The algorithm is not innocent and it is not neutral.

Only the lesson is not over at all. Given our short attention spans when we try to muddle our way through technical terms, imagine what happens when the terms sound like something we already know. Identity. Asset. Logic. Rule.
We just go for it thinking, “how different can it be?”.

There is this story from years ago, overhead in a zoo in front of the bobcat enclosure… an excitable five year old points at the bobcat and goes, “I got a cat like dat at home!” And the teacher goes, “not like that, you don’t honey”. She explained the differences, she explained in a way that was accessible and illuminating and didn’t make the kid feel dumb. New tech belongs loosely to the same heuristic category but it’s not interchangeable.

I try to do that. And I am grateful to people who do that with me when I ask my endless questions (newsflash: it works). In the era of disruption, I need to learn new things each day.

Is it just me?

Because every day someone stands in front of me trying to do secure communications with deliberately zero record keeping on the blockchain (true story, they are still in business); a digital identity provision with no custodial responsibility, data daisy chaining and self-verification (they have institutional clients); a tech giant who genuinely doesn’t understand the difference between tools for statistical analysis and AI (they sell both); and a variety of proposals that don’t seem to appreciate or care about why use this tool to achieve this aim and, even more prosaically, where will you put it, how will you secure it, how will you mend it when it breaks and… I just can’t.

I can’t be having with this.

And then I wonder. Does it matter?

Obviously it matters to me, it bothers me. But does it matter, when it comes to progress progressing?

The reality is that a lot of the folks who just make it up as the go along go out of business sooner or later. If you are new to the circus, trust me on this. Some of the shiniest faces and promising firms of five years ago are still doing the accelerator rounds or have disappeared altogether. That’s the amazing thing about tech, you can talk nonsense but you can’t build nonsense. You will get found out.

A lot of this talk is sustained by deep pockets, lateral successful projects (the mundane financing the fanciful), the one-eyed leading the blind. So nonsense breeds nonsense and we are not doing anyone any favours.

We cut corners, we get lazy and, by not knowing enough, we don’t know or don’t feel confident in calling others out when they do the corporate/business/architecture equivalent of pointing at a bobcat and saying “I got a cat like dat at home”.

So here is the conundrum.

I can’t help wondering whether I should fight to persuade you as to the significance of the things you don’t care to learn, or if letting you think the bobcat is like your tabby is actually more efficient. It means you self-select and signpost yourself as someone to avoid giving actual responsibility to or wasting time with.

It also saves us time and helps us get to the future faster, by keeping you safely out the way.

We can always surprise you as to what it all meant when we get there. Since the magic of the algorithm is in the rules, and the rules follow a logic and the logic serves a plan, maybe we should let you say whatever and quietly stick to the plan. Maybe. And maybe we should let you take the bobcat home instead and sit back and wait for the learning to happen.