HSBC preparing challenger bank on the side

HSBC is gearing up for the launch of its new digital bank in the UK, focused on SMEs. 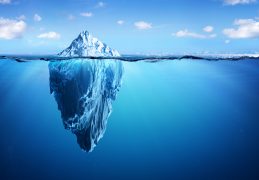 According to The Telegraph, it is internally known as “Project Iceberg”, and it already has over 100 people working on it somewhere in London.

The paper reports that a source close to HSBC says the new bank will target small business customers and its beta version could launch before the end of this year.

Europe’s biggest lender, HSBC would have a big impact in the market if it were to follow other high-street banks like RBS and Santander, which are also in the process of creating separate digital entities in the UK.

HSBC already has, of course, another online bank in the country: First Direct, one of the first online banks in the UK (launched in 1989) and serving over 1.3 million customers today.

HSBC’s three-year strategy has seen a lot of new hires and a digital revamp investment. Chief executive John Flint is aiming at “aggressive growth in the UK”.

Recently, the banking group signed an agreement with Google Cloud to expand its use of the firm’s technology as it plans to improve its banking services.

Earlier this year, HSBC UK unveiled Connected Money, the “first” app from a UK bank that allows customers to see their accounts on one screen.