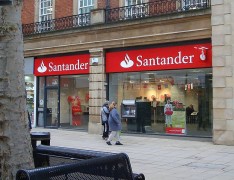 Santander UK says it is working on a project “to build an open digital financial services platform for SMEs”.

The project is part of four so-called “speedboats” – innovative ventures within the broader Santander group – announced by the banking group last autumn.

It is understood the technology for the platform will be supplied on a hosted basis by Mambu, which already has experience with the UK’s SME banks – OakNorth is its flagship customer in the UK.

FinTech Futures understands the system selection involved a number of hopefuls, Thought Machine and Temenos among them.

No comment was available from either Santander or Mambu on the bank’s choice of tech.

“We are excited by opportunity to help more SMEs to prosper and we look forward to sharing more about the platform soon,” Santander says.

The aforementioned innovation “speedboats” are global platforms based on a start-up model, led by independent CEOs and sponsored by Santander’s country heads.