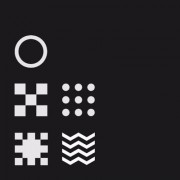 According to The London Gazette, an official journal of record of the UK government that publishes various statutory notices, Taylor’s two companies – Thought Machine Ltd and Being Technologies Ltd (trading as Thought Machine) – went into administration on 22 December 2017. Administrators have been appointed.

It was founded by a core of ex-Googlers, Taylor among them. A “serial entrepreneur”, Taylor does not have banking software background, but focuses on speech, language and artificial intelligence (AI) tech. In 2006, he co-founded Phonetic Arts, which developed speech software for the games industry. In 2010, the company was acquired by Google.

Taylor contacted FinTech Futures to explain that the move was a restructuring one. Thought Machine Ltd and Being Technologies Ltd ceased to exist, while Thought Machine Group Ltd was incorporated, acquiring the staff, business and assets of the two firms. “The process was largely seamless as the investors and board were the same, and all the staff, customers, contracts and IP carried over,” he says.

Thought Machine’s flagship offering, VaultOS, was built from the ground up. The founders claim high scalability and broad functionality of the system, suitable for large universal banks.

The company says banking is “broken” and Vault OS is there to fix it being “the engine for the banks of tomorrow”.

It has not signed any customers so far, to FinTech Futures’ knowledge. It was considered for Santander’s Openbank project, FinTech Futures understands, but did not make it to the shortlist (Temenos got the deal with its T24 offering).