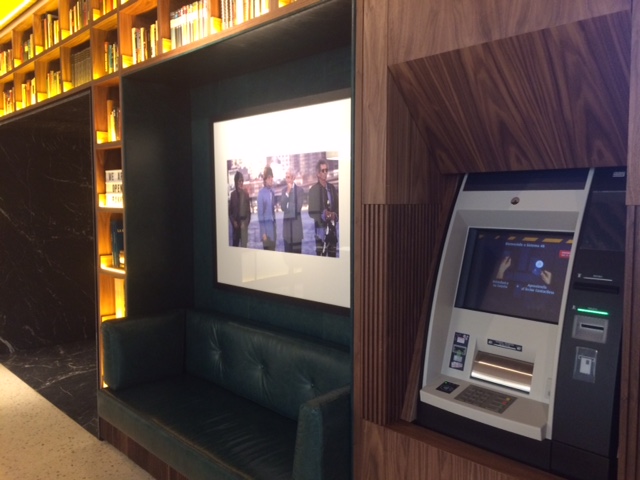 Openbank flagship branch. (If you look closely – MicK Jagger is on the pic)

Santander’s digital banking subsidiary in Spain, Openbank, has extended its contract with banking tech provider Temenos to include the latter’s wealthtech offering.

As reported by FinTech Futures last year, Openbank went through an enterprise-wide overhaul, including its technology. Temenos’ flagship T24 core banking solution was selected in autumn (Infosys’ Finacle lost out in the final, it is understood).

T24 supports retail and SME banking business lines at Openbank, and the bank will also now deploy Temenos’ WealthSuite, a suite of products that “allows for a significantly enhanced client engagement through advisors or self-service digital execution”, according to the vendor.

“Openbank is one of the first fully-fledged digital banks in the world, with its software, APIs and client transactions running in the cloud, offering a complete range of banking and investment products through its digital platform,” Temenos says.

Having gained over one million customers and over €6 billion in deposits in its home market of Spain, Openbank is now expanding to Latin America, starting with Argentina.

According to local publication Ristretto, the bank’s head in Argentina will be Federico Procaccini, CEO of Google Argentina and one of the country’s most well-known techies. Proccchini doesn’t have experience in the banking sector (his background is mainly in retail), but neither does Openbank’s CEO in Spain, Ezequiel Szafir Holman, who had worked at Amazon, McKinsey and Cortefiel, and joined Openbank in 2016.