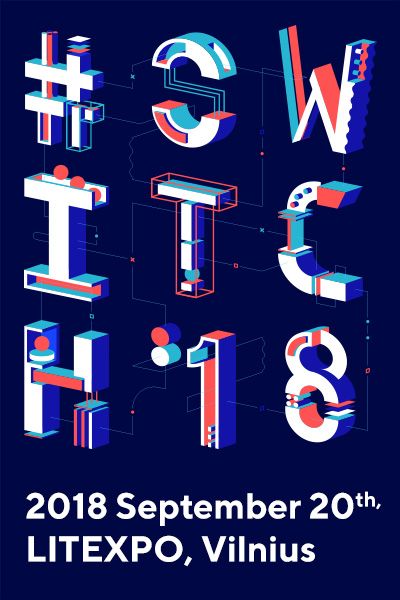 The small Baltic nation of Lithuania set out its ambitions to be the region’s fintech hub and gateway to Europe at this year’s #Switch event “dedicated to the blockchain technology revolution”.

Two distinct groups of visitors descended on Vilnius last week. The faithful were there to welcome Pope Francis, who began his Baltic tour in Lithuania’s capital city, 25 years after John Paul II and was due to visit its cathedral. Across town, the Vilnius Litexpo complex was the venue for financial professionals and techies attending #Switch 2018.

It’s uncertain which attracted the bigger audience but the latter event, now in its fourth year, aimed to draw 15,000 attendees. Among them were a high proportion of students still in their teens, for whom blockchain, artificial intelligence (AI) and cybersecurity is the new rock and roll. Indeed the thumping beats emerging from one session suggested that a rave was in progress.

#Switch’s packed one-day programme was accordingly divided into three separate streams, with conventional conference speeches and roundtable discussions for finance and tech veterans and two separate strands – #Switch Youth and #Switch Education – for the fintech supremos of 2020 and beyond.

Like Switzerland and Ireland, Lithuania can justifiably claim to “punch above its weight” as a European centre for fintech fundraising and innovation. Since breaking away from the old Soviet Union at the start of the 1990s, the population has been in decline and now stands at less than 2.9 million. By contrast the economy is booming, helped by the growth of both the fintech and cryptocurrency industries

Last year the country was the chosen location for 35 fintech start-ups alone and has a more liberal attitude towards bitcoin and other cryptos than most of Europe. Prime minister Saulius Skvernelis was opening speaker at #Switch2018 and cited the fact that in 2017 Lithuania’s blockchain start-ups attracted €500 million in funding via initial coin offerings (ICOs), exceeded only by the US and China. 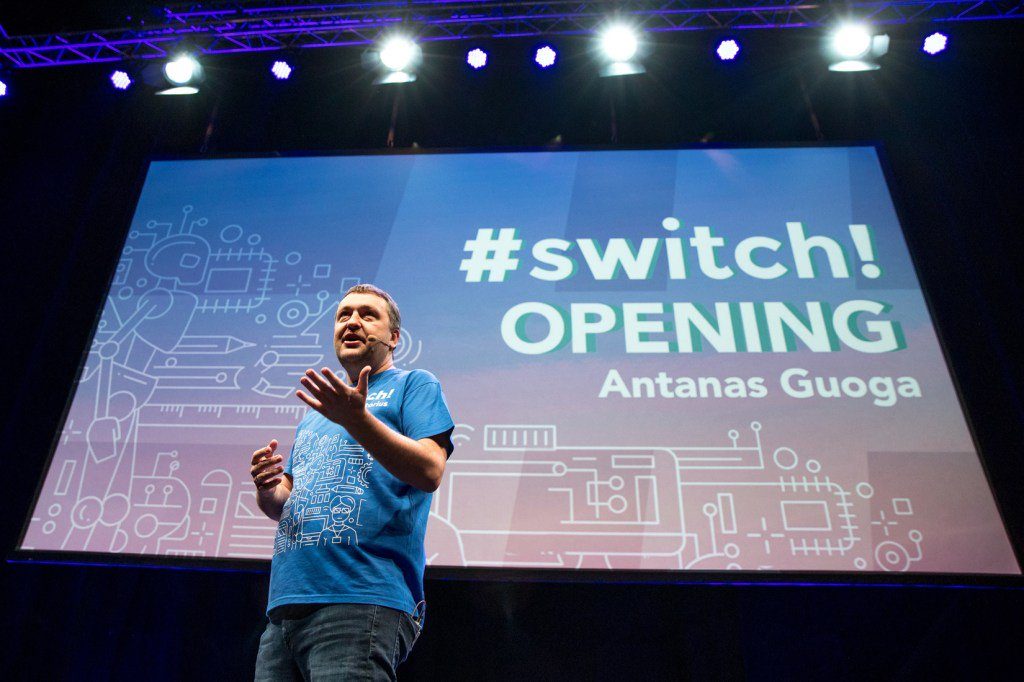 #Switch is the brainchild of Lithuanian businessmen and European Parliament member (MEP) Antanas Guoga, better known as Tony G, who told delegates that “the dream is to one day have a company the size of Google established in the Baltic nation.” With blockchain having moved beyond concept to become reality, he sees Lithuania’s next challenge is to be “ahead of the game” in the development of artificial intelligence (AI).

Dispensing with the regular refreshment breaks typical of international conferences, the #Switch 2018 programme covered an extensive array of topics in one day. Moderator Judi Davis lead a panel discussion on whether the explosion in the number of ICOs, which attracted a total of $5.6 billion from global investors last year, actually deliver the goods or are too open to abuses.

According to Albert Isola, Gibraltar’s minister for financial services and gaming, 2017 demonstrated both “the beauty and the ugly side” of ICOs. The challenge is to establish a fine balance that assures potential investors of a degree of regulatory control – particularly for preventing money laundering and terrorism financing – without stifling innovation. He supports “pragmatic regulation” in which investors place their money only when fully aware of the degree of risk involved. In time, this should open ICOs up to a wider investor base.

And as Davis noted, nearly half of the start-ups that chose ICOs to raise funds last year didn’t survive beyond their first 12 months. While it’s inevitable that many simply fail to achieve momentum, too often insufficient governance or an inadequate business plan causes the failure. Yet as Martin Liberts, CEO of the Debitum Network noted ICOs are instrumental in enabling disruptive ideas to flourish, which would be too innovatory to gain favour with hedge funds and regular investors.

The big question is whether a common set of standards for ICOs should be agreed by a group of countries in order to instil investor confidence or whether it should be one that is recognised worldwide. Panel members were divided in their opinion, some suggesting that even if full agreement at international level was achievable it wasn’t necessarily desirable and risked stifling healthy competition.

Davis also moderated a panel discussion on likely fintech trends in 2019. This kicked off with observations from Vilius Šapoka. Lithuania’s minister of finance, who posited the case of a financial advisor asked by a new investor where he/she should invest their money.

The advisor’s recommendation is unlikely to be that they simply hold on to their cash, although they might have good reason to suspect that the next bear market is imminent. However, in the new era of the robo-advisor this could indeed be the guidance offered. The minister is also firm advocate of establishing early risk management guidelines with other policymakers on artificial intelligence. “Either we employ AI, or it will employ us,” he warned.

Šapoka also confirmed that while Lithuania welcomes start-ups, it requires them to observe global standards on compliance with AML and other issues. “We care about the credibility of the market, so we aim for clear, plain rules that also avoid over-regulation.”

Indeed, last week, Bank of Lithuania (the country’s central bank and regulator) denied an electronic money institution licence to HUSH LT on evidence that its head had previous convictions for fraud in France.

As another panel member noted, the Ministry of Finance was one of the first government departments in the world to create a fintech development working group with the central bank, while the Bank of Lithuania was also the pioneer in creating a legal framework around crowdfunding.

For Linas Sabaliauskas, managing partner of business law firm Triniti, securitised token offerings represent the ‘next big thing’, with increased interest and a growing number of players. This could be encouraged further simply by adapting existing regulation. “Asset tokenisation has become a buzz phrase despite the recent fragility of cryptocurrencies,” he noted.

Magdalena Golebiewska, head of Eastern Europe at bitcoin transactions company Luno, sees several developments coming up on the horizon, including regulation of crypto. “We’ll also see the adoption of blockchain by the big brands as an increasing willingness to run their business in a shared infrastructure speeds up the pace of adoption,” she forecast.

She is less hopeful that the ICO failure rate will improve in the near term. “There are too many players who put an idea on the table and ask for money without properly verifying their idea – so regulation is needed.”

Lithuania’s own prospects are bright, she believes, as there will be “an explosion in the hiring of programmers and developers, which benefits us as we have the young people with the requisite skills.” Luno itself is UK-based, but recruits many of its staff from Eastern Europe.

The concept of a blockchain centre in Vilnius only developed last year after an event in Switzerland demonstrated the massive amount of attention that the new technology was attracting, says its chief Eglė Nemeikštytė. “It was seen as a huge opportunity for Lithuania and rather than set up something small-scale it made sense to aim high from the outset,” she adds.

“We looked to China and Australia for potential partners as we knew that companies in both countries were keen to link up with one based in Europe, while our local companies are keen to explore the Australian and Asian markets.

“We also had several success stories to demonstrate to them. Lithuania is a small country, so in order to compete effectively we’ve focused on specific areas. Lithuania ICOs and blockchain start-ups raised about €150 million over 10 years, but that figure jumped to €500 million in just 12 months in 2017, so we were able to work on the enthusiasm for a dedicated centre of expertise and convince the government to lend its support.”

She adds that it helps having several young ministers who are of the tech generation (for example Lithuania’s economic minister, Virginijus Sinkevičiu, is aged 27), when communicating their message.

In January, the Blockchain Centre moved into premises at the newly built Green Hall 2, a futuristic structure that is part of a current building boom currently underway in Lithuania, which is attracting international companies thanks to its business-friendly environment

“The government’s line is that it wants to see compliance and the recent EU legislation for exchanges will make crypto easier to control,” says Nemeikštytė. “Follow the rules and there shouldn’t be a problem. Lithuania’s advantage is that we have a regulator willing to assist companies with achieving that compliance.

“We’re also hoping that in the post-Brexit era we’re able to attract more UK companies that are seeking an EU base for their operations.” 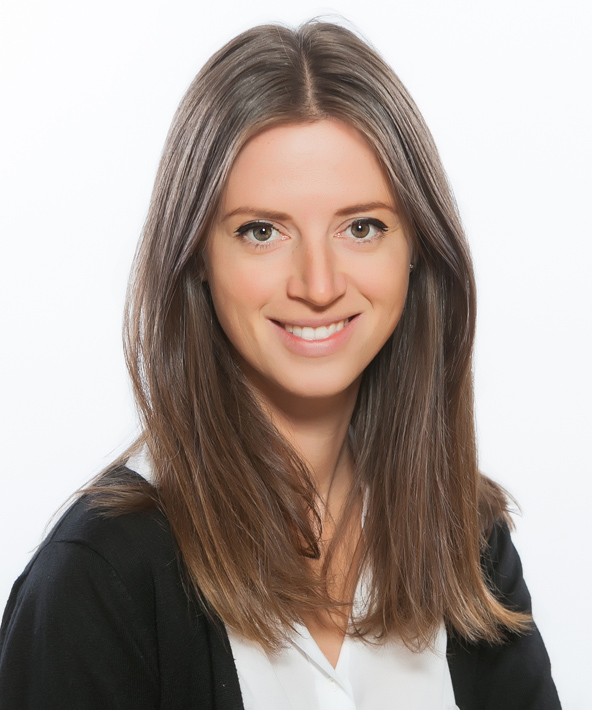 Two years ago, the central Bank of Lithuania and the Ministry of Finance agreed to create a strategy for promoting Lithuania as the premier Baltic fintech hub, says Jekaterina Govina, head of the innovation group and fintech strategy coordinator for Bank of Lithuania.

“It was agreed that the focus should be on attracting companies in non-EU regions as it would be challenging to compete against countries such as Germany. However, Lithuania is ideally placed as a gateway to Europe.

“We legislated to make the remote customer onboarding process legitimate and a newcomer programme was established for entrants into the fintech market. Companies wishing to set up operations in Lithuania have the services of a dedicated project manager, who can help fast-track the licencing process.

“The second step of the programme was allowing fintechs to link up to the payments system run by the bank – a move that was initially opposed by the banks, but which quickly developed into a collaborative environment with banks working with fintechs.”

Govina confirms that the Bank of Lithuania aims for a balanced approach on cryptocurrencies. “We accept that they’re here and are widely traded by investors, but at the same time we adhere faithfully to the European Central Bank’s line that central banks should steer clear of any cryptocurrency activities. Crypto should very much be a separate line of activity for banks, away from their other business lines.

The bank regards blockchain as a highly promising technology. It is keen to work with techs and has already embarked on two projects: LBChain creates a regulatory sandbox for tech innovators and provides them with a tech platform, while LBCoin, a digital collector coin that will be a limited edition, will be issued by early 2019. Ahead of the coin issue, the Bank hosted a two-day hackathon in June to which it invited eight companies as participants.

“We expect to see exponential growth in blockchain over the next few years,” says Govina. “Lithuania is aiming to attract new companies but we acknowledge there is strong competition for business from Poland, Latvia and Estonia.”