Political rhetoric and its impact on cryptocurrencies 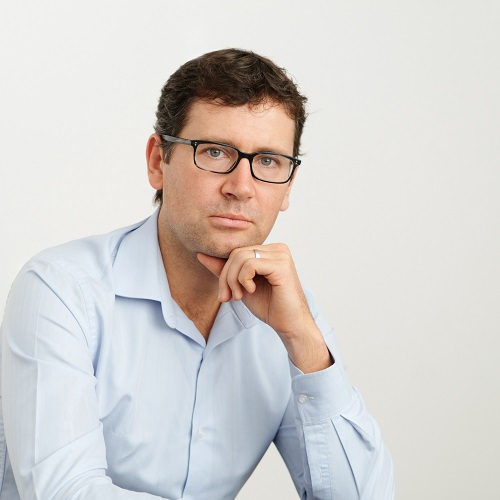 Ivan Gowan, CEO at Capital.com, examines how the regular pronouncements from governments and regulators are impacting the cryptocurrency market.

Complicating the issue for regulators is that the way cryptocurrencies are used and traded is constantly evolving. Regulators may struggle to keep up with the pace of technological development of cryptocurrency, and are only able to interpret, enforce and propose changes to the law, not make the law. Regulation of cryptocurrency will ultimately come down to national legislatures, which may take a lengthy period of time to pass, and even longer to implement, by which point the technology may have developed further and the legislation may lack relevancy.

In one of the most significant recent interventions by a major regulator, Mark Carney set out the Bank of England’s position on cryptocurrencies in a speech at the beginning of March. In it, Carney described cryptocurrencies as “inherently risky” and said that it was time to “regulate elements of the crypto-asset ecosystem to combat illicit activities”. However, he also stated that Bitcoin and other cryptocurrencies “do not appear to pose significant risks to financial stability”, indicating that while regulation may try to eliminate the more nefarious uses of cryptocurrencies, the heavy-handed policing that many crypto-enthusiasts expected may not come to pass. The reaction in the cryptocurrencies markets seemed to reflect this optimism, with the value of Bitcoin climbing from approximately $10,600 to $11,500 in the days following the speech.

We have seen a number of additional examples of political rhetoric impacting the cryptocurrency markets. At a March 2018 meeting of the G20, the group agreed a July deadline to put forward recommendations on global regulation of cryptocurrency, with the aim of trying to harmonise regulatory standards across financial markets. While it had been some had hoped that regulating cryptocurrencies would be discussed in session, the G20 ruled that more research into the technology was needed before the group could discuss regulation. With the postponement of meaningful regulatory discussion by the world’s major economies, Bitcoin reacted relatively well, stabilising following a slide that had seen it drop below $8,000 and rising to $9,000.

South Korea has long been one of the most active markets for cryptocurrency investing, with the Korean won making up a third of all Ethereum transactions in the summer of 2017. However, after the South Korea’s Financial Services Commission raised the possibility of following China’s ban on initial coin offerings (ICOs) in September 2017, most Korean blockchain companies opted to move their operations to more crypto-friendly regions such as Singapore and Switzerland. Despite the fact that the Korean government never moved forward with this proposal, its mere suggestion was enough to prompt a flight of the industry from the country. This reinforces the impact that statements from regulators can have on the cryptocurrency industry, and why a carefully considered, balanced approach to regulation is critical.

It is not just politicians and regulators speculating on the future of the rules who can prompt significant swings in cryptocurrency markets. When a cryptocurrency analyst reported on 12 April this year that some large US financial institutions were preparing to inject new liquidity into Bitcoin, the price rose by over $1,000 to just over $8,000. In a market as sensitive and volatile as Bitcoin, it seems almost any comment from someone in a position of authority or expertise is enough to send its value crashing or soaring.

As we see advanced economies such as Switzerland and Singapore open themselves up to cryptocurrency innovators and provide services such as legal assistance and regulatory registration guidance for ICOs, we may begin to see cryptocurrency hubs established in different regions across the globe. This could have the effect of creating virtual safe havens where, under a light-tough but supportive regulatory regime, cryptocurrencies can maintain stability and begin to provide sustainable value for investors. Regulators will also need to develop an approach to eliminating “pump and dump” activity in the market, where coordinated groups of investors artificially inflate the value of a coin before dumping it, leaving other investors significantly out of pocket, to further improve the stability of cryptocurrencies and reduce the risk to consumers of investing in these assets.

It is only with this stability that Bitcoin and other cryptocurrencies can move away from the perception that they represent a wild west, or “exhibit the classic hallmarks of a bubble” according to Carney, away from the dark corners of the internet to what could be a truly transformative asset class.

As awareness and the popularity of Bitcoin and other cryptocurrencies increases, we are seeing a corresponding rise in rhetoric from politicians and regulators. This is undoubtedly contributing to the volatility we are seeing in the market, as well as creating an air of uncertainty around the future of the technology. However, reasonable and carefully considered regulation could play a significant role in bringing stability and legal assurance to the technology, encourage further innovation and new investors to join the market.