The UK’s Faster Payments service experienced issues with its central infrastructure between 1-5.30pm on Sunday (8 July), causing delays to payments sent during that time.

Faster Payments says the “vast majority” of the backlog of payments were processed later on 8 July, but it is aware that a “limited” number of payments that were submitted between 1-5.30pm are still outstanding.

According to the BBC today (10 July), some payments that should have been processed within two hours have taken nearly two days owing to a backlog following a system failure.

It says the fault occurred at a time when a total of 769,480 payments were being processed.

An estimated 1% of these – about 7,694 – are still outstanding nearly two days later.

Faster Payments is the core infrastructure for Mastercard’s Vocalink. Despite the delay in payments, neither Mastercard nor Vocalink have commented on their websites.

On Twitter, there were some queries from customers, which Vocalink has currently ignored. 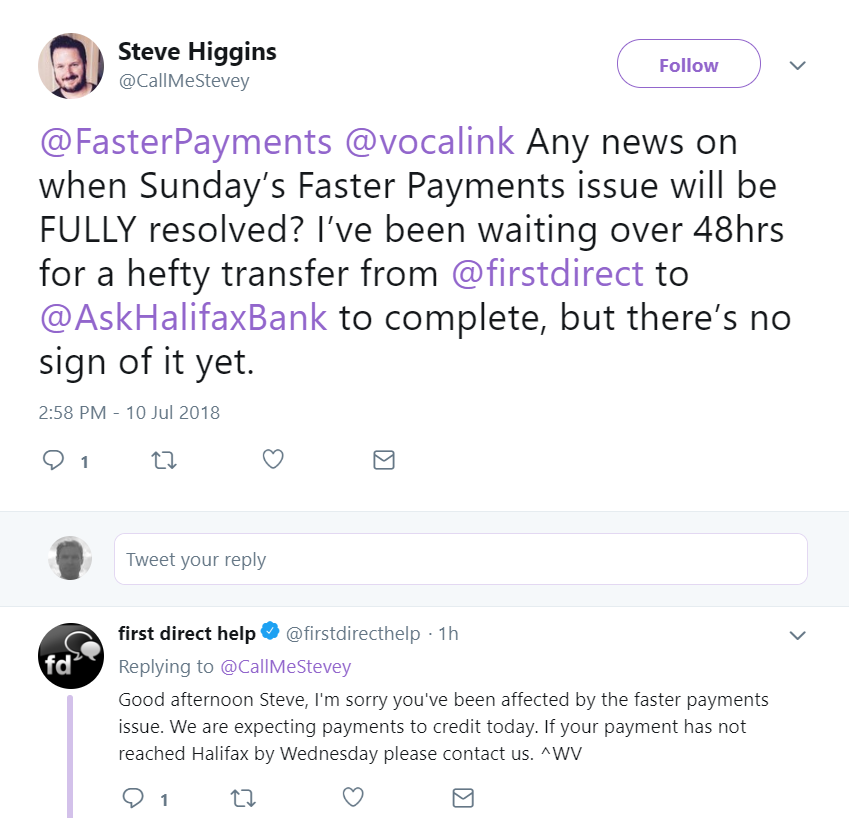 On its site, Faster Payments says: “We are now working with our infrastructure supplier to conduct a full investigation into the cause of the issue.”