How we banked a billion people and what to do next 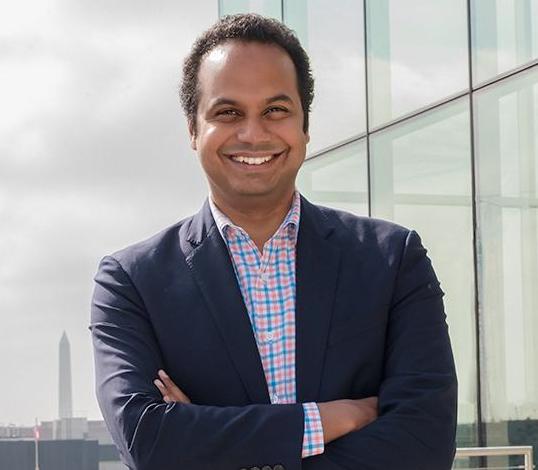 Kabir Kumar, Omidyar Network: we have banked over a billion people in the last seven years

Financial inclusion has advanced where governments have prioritised it.

We have banked over a billion people in the last seven years. While this is a triumph of the market, it would not have been possible without the focused efforts of governments, who prioritized financial inclusion, embraced the private sector and technology, and created the regulatory space to innovate. In the next decade, when we’ll need to tackle even bigger challenges – such as household financial health – we will need new market solutions and a new model of government action.

When the World Bank first started measuring financial inclusion in its 2011 Global Findex report, barely half the adults on Earth had a formal account. Today, it’s close to 70%. In seven years, about 1.2 billion people have gained access to basic financial services. This remarkable progress was not isolated to one or two countries. Millions have joined the formal financial system in Africa, India, South America, Southeast Asia, and China.

This was mainly made possible by mobile money schemes built on 2G connectivity. New business models like these can only take hold where governments create a flexible regulatory environment that fosters innovation. Dozens of governments and organisations made these reforms and investments because they saw the economic and human potential of investing in financial inclusion.

The Philippines, for example, pioneered e-money in the early 2000s, when the central bank approved flexible arrangements for mobile network operators (MNOs) and other nonbanks to open accounts through prepaid cards, remittance agents, and mobile subscriptions. As these digital accounts boomed around the world, governments have pursued more formal programs to support them, such as India’s PMJDY initiative and proposed payments bank.

Organisations like the Alliance for Financial Inclusion (AFI), the first peer-learning network of Global South financial regulators, have brought together 66 countries to sign the Maya Declaration, a formal commitment to create policy and regulations that extend the financial system to the unbanked. More than two dozen governments have joined the Better Than Cash Alliance and committed to digitising payments, starting with pension and social benefits to their citizens.

Through the UN’s Sustainable Development Goals (SDGs), countries have recognised financial inclusion as a key enabler of their development agenda and poverty alleviation policies. And the World Bank has set the goal of achieving universal access to financial services by 2020.

In their pursuit, governments have been aided by non-governmental and private sector organisations. GSMA’s Mobile for Development initiative, for example, coordinates MNO support for the SDGs and the expansion of mobile money, mobile credit, micro-insurance, savings, and other products for financial inclusion.

Despite high-level commitments and proactive government involvement, the fintech models that will make our goal of full financial inclusion by 2020 possible – and improve outcomes for billions more people – are more complex than those that delivered these gains based on 2G mobile technology. The next wave of fintech innovation will only flourish under a new paradigm of government action, based on smart provision of public infrastructure and smart, responsive rules.

New fintech models can only spread where governments provide the essential infrastructure to support digitisation – such as identity schemes, standards for making and accepting payments, and clearing houses. India, for example, has brought hundreds of millions into the formal financial sector in the last three years by creating new categories of bank licenses and developing the India Stack. Meanwhile, governments in Peru, Myanmar, and several African countries have developed similar technology stacks for financial inclusion.

In addition, governments must work faster to create a policy environment that brings new ideas, business models, and regulations into the market at the same time. To foster entrepreneurship and consumer protection, many governments are setting up regulatory sandboxes – safe regulatory environments where innovators and supervisory bodies conduct small-scale, live tests of new financial services.

The UK’s Financial Conduct Authority (FCA) launched the first sandbox in 2015, and since then dozens of financial authorities have set up similar efforts. Today, the FCA is building on its bilateral agreements with nine other regulators to propose a global sandbox that would allow fintechs to run tests in different jurisdictions at the same time.

In addition, to keep up with financial innovation, regulators are investing in regtech to not only reduce the cost of compliance, but to make it faster, risk-based, and better at protecting consumers. Several governments are collaborating on accelerators, such as R2A and FinRegLab to develop new regtech solutions.

New data privacy and portability rules, such as the EU’s General Data Protection Regulation (GDPR) and the Data Empowerment and Protection Architecture (DEPA) for the India Stack, will protect consumers and may lower barriers to entry for new innovations. The paperwork associated with opening a new account, for know your customer (KYC) and other compliance purposes, is one of the highest costs of customer acquisition and often deters consumers from signing up for new products in the first place.

It is thanks to this widespread public-private cooperation that so much progress has been made worldwide. Governments’ openness to innovation has been especially critical. As more people gain access to new technologies, we are on track to reach the World Bank’s goal of universal financial access by 2020. And with new, consumer-oriented products, we are starting to address our next big challenge: improve financial outcomes for all those trapped in poverty or economic immobility.