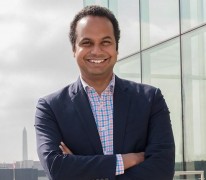 We are living through a period of unprecedented innovation in finance, and regulators know they need to adapt to keep up with the fast pace of change. To understand and manage the risks posed by new products, services, and business models, many financial authorities are setting up regulatory sandboxes or reglabs.

While reglabs are an exciting new approach to oversight uniquely suited to drive financial innovation, they’ve been the focus of a lot of hype. To date, Abu Dhabi, Malaysia, the UK, Singapore and Thailand have publicly announced reglab participants. To clarify how these sandboxes work – and what their goals are – Omidyar Network has recently partnered with the Aspen Institute’s Financial Security Programme to review nearly 20 reglabs around the world.

This is the biggest myth that surrounds reglabs. Despite early concerns they would provide a “free pass” to conduct live experiments with risky technologies, most reglabs impose a range of security and customer safeguards on participating companies, including enhanced disclosures, dispute resolution programmes and customer compensation plans.

In addition, the most advanced reglabs – established by the UK’s Financial Conduct Authority (FCA) and the Monetary Authority of Singapore (MAS) – effectively impose more stringent reporting and supervision requirements on reglab participants than on firms operating in the open marketplace.

Regulators impose a variety of safeguards on participants to manage the consumer risks of a live testing environment. The most fundamental safeguard is a limitation in scope, such as trials running for less than six months in the UK or with fewer than 100 customers in Australia.

These safeguards are what make a reglab a lab or sandbox. Other safeguards are customised as appropriate on a case-by-case basis, but they often include compliance and monitoring protocols, such for anti-money laundering or privacy protection, and dispute resolution mechanisms.

Myth 2: Only start-ups can use sandboxes

Most reglabs are open to both financial institution incumbents and fintech start-ups. And traditional banks are starting to join in the effort. Lloyds Banking Group and HSBC joined the second cohort in the FCA’s sandbox. In Hong Kong, the sandbox is limited to authorised institutions to encourage incumbents to try new approaches and in Malaysia, Bank Negara encourages – does not require – sandbox participants to work with fintech partners by offering them advantages, such as guidance and support with respect to regulatory requirements and risk mitigations.

In general, most reglabs in operation today implicitly recognise the importance of incumbent-innovator partnerships, setting a global trend for the development of new efforts in this space.

Myth 3: Sandboxes only work in a specific jurisdiction

Reglabs have emerged in common law countries like the UK and Australia, as well as civil law countries like Switzerland and mixed system countries like Thailand and Abu Dhabi. A wide range of financial authorities have sponsored reglabs, from central banks to prudential regulators to consumer protection agencies, with differing supervision and enforcement roles. As a result, some reglabs have a broader reach into various types of financial products than others.

Multiple regulators within a market are coordinating with each other when they set up separate or joint sandboxes, particularly around products that are supervised by more than one regulator. For example, Thailand is doing that via joint working groups, while the UK has set a memorandum of understanding system.

Myth 4: Sandboxes are not focused on consumer protection

Although formal requirements vary by jurisdiction, most companies won’t even be selected to participate in a reglab unless they can show direct consumer benefits. In Thailand, for example, products proposed for testing must involve a new technology not already available and provide a benefit to consumers or the Thai financial system.

Myth 5: Sandboxes are only focused on bleeding edge tech

Altogether, more than 50 companies have been selected to participate in various reglabs around the world – 42 of those in the FCA’s sandbox – covering a range of services, including: personal financial management, insurance, payments, banking, blockchain, SME finance, and lending.

Not all solutions are on the bleeding edge. Regulators are looking for “genuine innovation” but that’s not defined strictly. Often, a solution is selected because it shows differentiation within the competitive landscape or efficiency improvements.

Global interest in reglabs is growing, not abating. The FCA designed its sandbox on the US Consumer Financial Protection Bureau’s (CFPB’s) Project Innovate. Within two years of the FCA launching its sandbox, 20 other countries launched their own, most of which are modelled on the FCA’s approach.

While reglabs are not temporary interventions, as a shiny new thing, financial authorities could be tempted to prioritize them over other infrastructure building initiatives to broadly enable digital finance. Reglabs are also not a substitute for ongoing engagement with the industry. Providing clear guidance on cloud computing, data standards, and digital identities is just as important, if not more.

Regardless of the future of the sandbox model, reglabs are an unambiguous demonstration that authorities are taking a new, collaborative, evidence-based approach to digital financial regulation.

Reglabs have attracted attention for their potential to help authorities learning about new technologies and promote innovation by reducing barriers to entry. Ultimately, however, reglabs may help lead a more fundamental transformation of the regulatory process itself and provide a model for deeper collaboration with industry on digital infrastructure, regulatory technology (regtech) and real-time supervision.

By Kabir Kumar, head of policy and ecosystem building for Omidyar Network, a philanthropic investment firm

This article is also featured in the November 2017 issue of the Banking Technology magazine. Click here to read the digital edition – it is free!