Banking technology and the future workforce 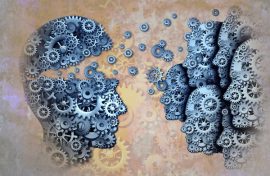 Two giant conflicting narratives are at work in the banking industry.

The first, led by the banks themselves and a raft of their consultants, focuses on the capacities of the majority of bank employees, the rapid development of the blockchain, robotics and artificial intelligence (AI), and the continued shareholder value focus of banks.

James Forese of US bank Citi predicted in June 2018 that his bank will lose half of 20,000 tech and operations staff in the next five years, following very similar predictions from John Cryan formerly of Deutsche and former Citigroup CEO Vikram Pandit of Orogen last year. There is evidence that this is already happening, with FT research indicating that by the time Cryan spoke, automation had already removed 60,000 jobs at eight top investment banks over the previous decade. This year, 6,000 jobs fell at National Australia Bank (NAB) as a direct result of automation.

The jobs cull is far from confined to OECD countries. In India, Axis Bank, ICICI and HFDC are using robotics to centralise operations, and cut times for loan and financial product processing. Staff numbers have fallen by an average 9% in the past year.

The second looks both to the history of technical developments in general, as well as recent employment statistics, to suggest that on balance, banking tech will create jobs. Optimists such as Bhagwan Chowdry at UCLA Management School believe that if judgements are required, people will still be paid to make them. Certainly, if banking tech is going to reduce jobs, someone didn’t tell US professional and technical services, where according to the Bureau of Labour Statistics (BLS) 206,000 jobs were added in the twelve months May 2017 to May 2018.

NAB hired 2,000 financial professionals during the same period it laid off less qualified employees, whilst JP Morgan increased its headcount, mainly of IT experts. And as for the Indian banks, cutting staff numbers certainly is not reducing overall staff costs – HFDC, for instance, spent 10% more on its workforce in the year to 2018 than the year before.

This matches the forecasts made by the BLS in 2017, when it did predict banking job losses in low-skilled areas, 46,000 fewer tellers in 2026 than a decade before, for example. But loan officers? The BLS expected the US to have 36,300 more of them, an over 10% growth in numbers. This during a period when AI could reasonably be expected to impact loan approvals and cut employee numbers.

Both the private sector and the BLS cannot be right. Which is? There should surely be a strong presumption that those actually working in the industry have a better understanding of their own workforce needs over the coming decade. This despite the fact that previous siren calls, notably several decades ago in the first flush of enthusiasm for automation, proved quite erroneous.

They were wrong, though, not because of the theory, but because of the execution. Automation failed to deliver on its promise, due to a host of technical constraints. Now, the technical obstacles are being overcome and therefore it is rather different.

The overwhelming question is now not if, but when. Some, like Dominic Barton, global managing partner of McKinsey, the consultant firm most identified with the automation jobs cull, believe it is happening already. In his view 60% of banking jobs are at risk. Short-term, the effect on overall employment numbers may be masked by IT recruitment, but as with oil & gas projects, where once construction is finished, employment numbers fall and profits rise, so with the banking sector over the next decade, where employment may actually peak.

The conclusion to be drawn from integrating the two disparate narratives at the individual level is actually therefore quite clear. Low skill jobs in banking are on the way out. Anyone thinking of making banking a career should now think strongly about the value add they as an individual can bring to the bank, perhaps as a consultant or part of a subsidiary or supplier, not how best they can perform a set of established tasks in the course of a long career with the same firm.

Only those who can generate new revenue streams, deliver operational efficiencies, or improve access to capital will have reasonably assured career paths. For the rest, trust in the BLS – but have a fall-back plan.