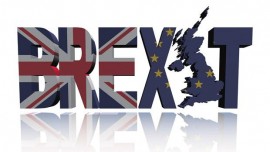 “Regulatory alignment”, “hard borders”, “regulatory convergence” and “regulatory divergence” have all become common parlance ever since the UK voted to leave the EU. Following the referendum, an impressive raft of Brexit terminology appears to have rapidly developed.

While there are no official definitions for these Brexit terms, it is generally understood that regulatory divergence concerns the uneven regulatory landscape anticipated post-Brexit, as differences between the UK and European regulatory frameworks emerge.

For the financial services sector generally, future regulatory divergence is a source of much concern as freedoms previously enjoyed through passporting under the single market directives will soon be a thing of the past. Post-Brexit, the UK will have to carefully cherry-pick the European measures it wishes to implement through incorporation into domestic law. Even with the prospect of a possible financial services regulatory equivalence regime, which is currently being mooted, the net result will be a loss of regulatory certainty.

For fintech firms, the position will be slightly different. These firms have traditionally sat outside the scope of core regulation in the UK as their activities have not been considered mainstream regulated financial services. They have been viewed as specialist service provider firms akin to IT and other outsourced technology solutions.

More recently, this position has shifted with the advent of open banking and the second Payment Services Directive (PSD2), which came into force on 13 January 2018. For the first time, fintech firms have found themselves falling more squarely within the scope of UK regulation and the associated passporting benefits. However, passporting rights under PSD2 apply in specific contexts, such as when those firms provide account information services and payment initiation services. The extent to which fintech firms will rely on and use passporting generally will therefore be limited, making the risks and concerns posed by regulatory divergence effectively negligible. The fintech sector will continue to operate and evolve as it has always done – despite the statements made after the vote about firms relocating their headquarters to the continent, the perils of a talent drain and other equally ominous threats.

Away from open banking and PSD2, fintech firms will continue to grow and flourish largely on the merits of their product development initiatives. In this context, the advantages conferred by the European legislative framework will be of limited relevance particularly if UK fintech providers continue to innovate and lead the march on technological developments.

The UK’s position as a European fintech hub is linked to its leading position in the global financial services marketplace. While the UK market is likely to experience some changes in the post-Brexit world, it will retain its strong global positioning and fintech firms will also therefore continue to grow and develop. The adaptable and agile nature of fintech lends itself very well to the current fluid and evolving regulatory environment we are seeing in the UK.

The question that remains is whether the divergent regulatory environment in Europe will have a negative impact on the ability of UK fintech firms to access global markets beyond Europe. The simple answer is a simple no. Europe is a small albeit significant market in a world of opportunities that includes China, India and the rest of the emerging markets. Discussion about Brexit and regulatory divergence may be a distraction for fintech firms, but whatever happens in the coming year, there is a wealth of opportunities that fintechs will eagerly pursue to continue to grow their business.