Where top US banks are betting on fintech – CB Insights

Research company CB Insights has mapped out where the top ten US banks (by total assets) are investing in fintech.

According to CB Insights’ data, these banks have participated in 81 deals to fintech start-ups since 201, totaling nearly $4.1 billion in disclosed funding.

Goldman Sachs continues to focus on lending with its recent additions of Nav, Better Mortgage and Neyber. Coupled with the bank’s December 2017 acquisition of point of sale (POS) lending start-up Financeit, these investments highight a broader strategic shift toward digital lending, according to CB Insights, and are in line with the growth of Goldman Sachs’s digital finance arm, Marcus. By November 2017, Marcus’ personal loan portfolio reached $2 billion.

Citi added just two fintech companies to its portfolio in 2017, according to CB Insights, focusing instead on investments in databases and security. Last year, it backed Kinetica, which is working on high-performance databases using GPU hardware, and co-invested with Goldman Sachs in Unbound, which helps enterprises with private key security management.

Bank of America, which is the second largest bank in the US by assets, takes the sixth spot on this list. The bank did not invest in a single fintech company in 2017, according to CB Insights.

Five members of the top ten cohort invested in Visible Alpha, with Goldman Sachs and Wells Fargo the most recent investors to come onboard. Visible Alpha helps research organisations, like the equity research arms of banks, produce more valuable content.

Although cryptocurrencies like Bitcoin made headlines in 2017, the year only saw one new blockchain investment by this cohort: Citi’s contribution to a $2 million Series A funding round by Axoni. The blockchain company worked with Citi and JP Morgan to test its technology for credit default swaps (CDS).

While banks have experimented with blockchain technology since 2014, in hopes of massive cost savings in the back-office, in general real results from these blockchain experiments have yet to materialise, CB Insights notes. 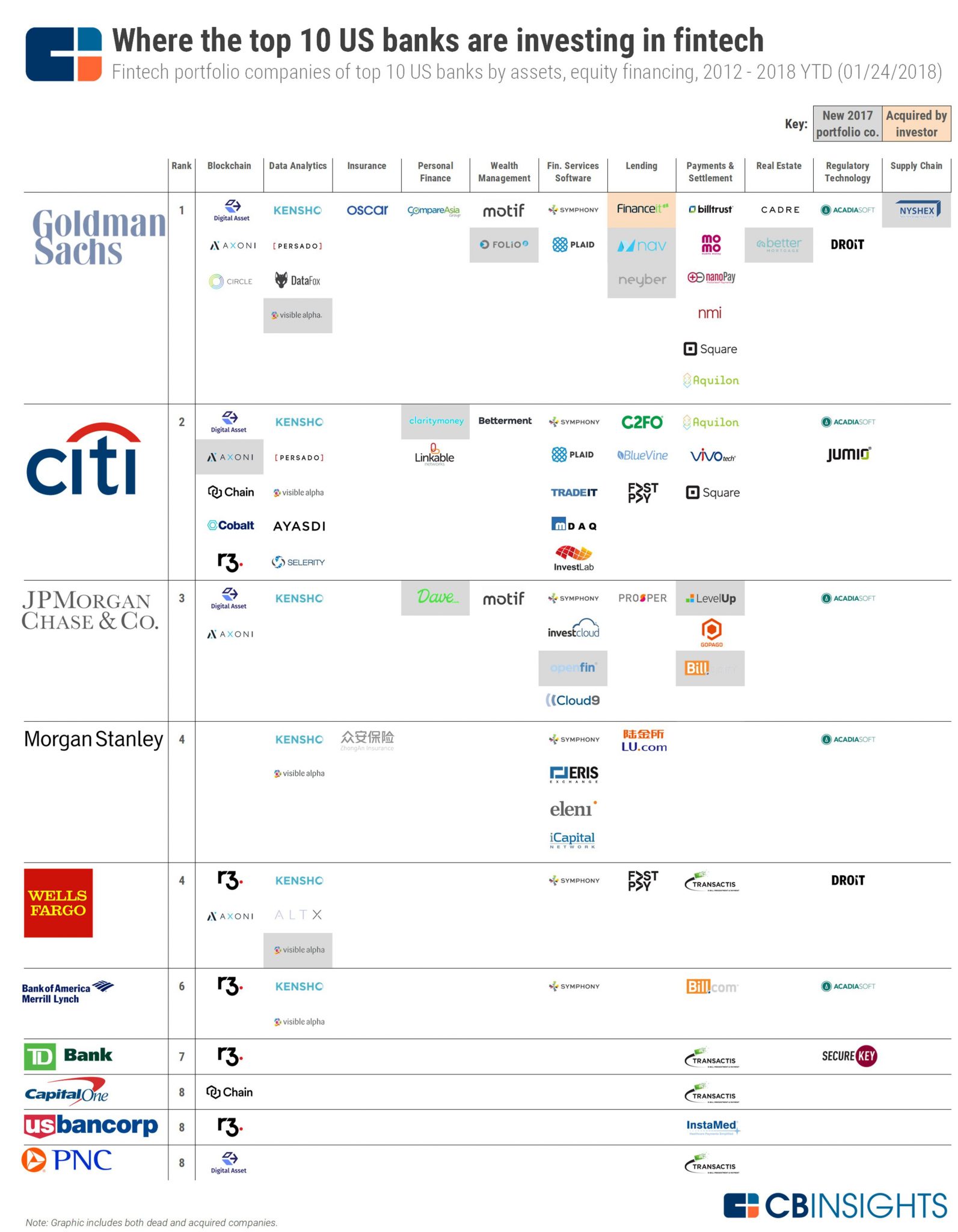