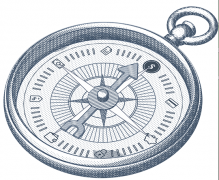 As Banking Technology exclusively reported earlier this year, Goldman Sachs has been working with Infosys on a new digital venture.

The solution, which supports “the complete consumer loan-servicing lifecycle” at Marcus, is deployed in the cloud and hosted by Goldman Sachs, according to Infosys.

The implementation project was completed in eight months, using the agile implementation framework and the pre-configured Finacle core system, which the vendor states is fully US-compliant.

Marcus/Goldman Sachs is Infosys’ third banking software taker in the US.

Last year, Infosys also teamed up with Verizon, to offer the Finacle suite as a Software-as-a-Service (SaaS) model on Verizon Cloud. The offering is aimed at the US community banks and financial institutions.