Where top US banks are investing in fintech – CB Insights

Since 2012, the top ten US banks (by assets under management) have participated in 72 rounds totaling $3.6 billion to 56 fintech companies, according to CB Insights.

The research company says that while investment activity dropped on a quarterly basis in Q1 2017, four of the last five quarters have seen over $1 billion invested into fintech start-ups in the US backed by venture capital firms. 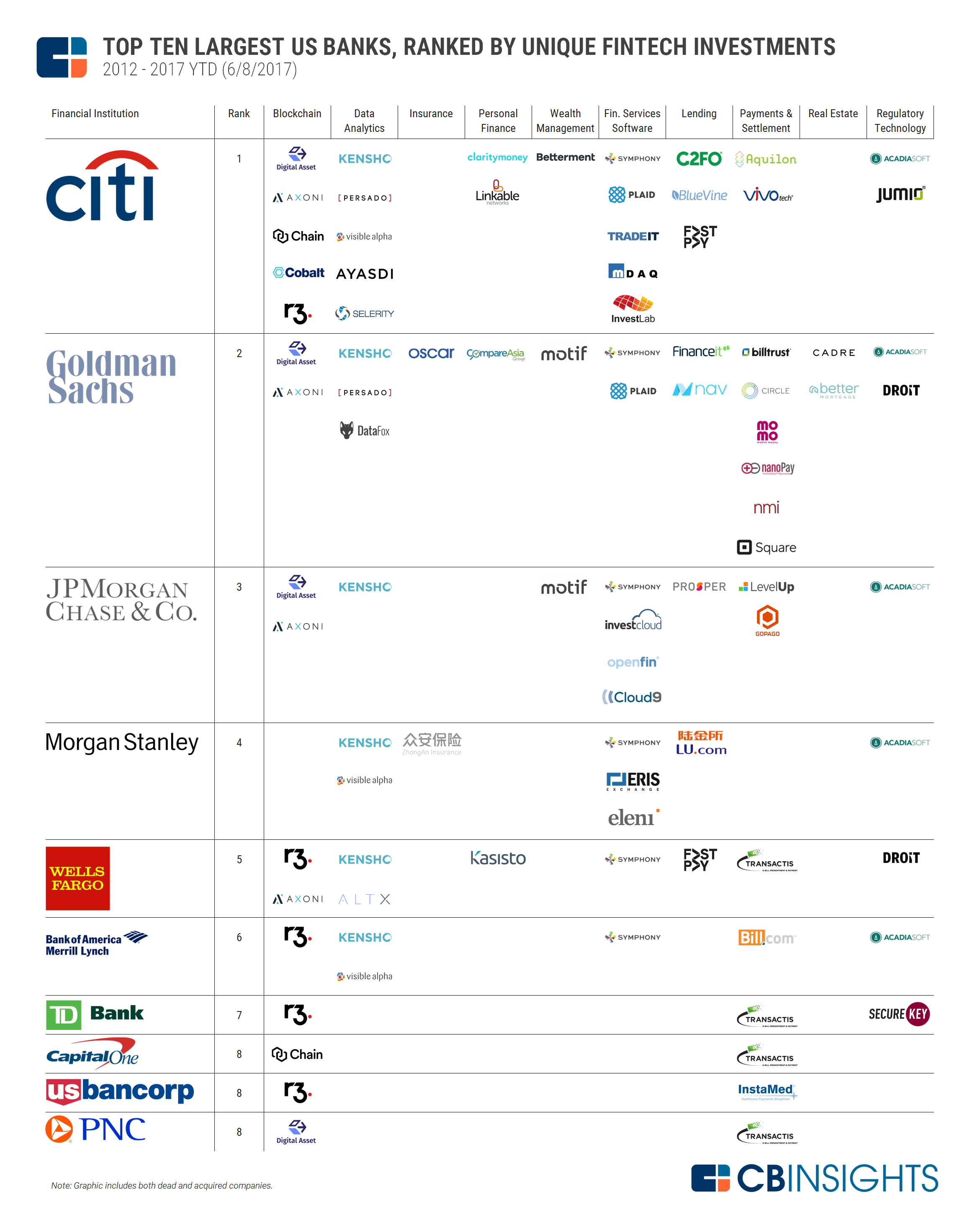