Is this the end of fintech as we know it? 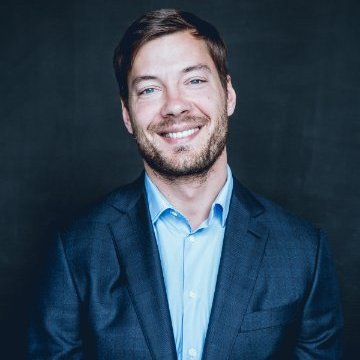 Armands Broks, Twino: there will no longer be a line between fintech and finance

In the age of the internet, fintech dominates finance. In the UK, the sector is currently worth £7 billion, employing around 60,000 people with figures set to increase. The industry is definitely awe-inspiring, but as the lines between traditional banking services and fintech blur, fintech could disappear entirely.

As the founder of a fintech company, this is why I believe this could be the case.

Pre-2008, everyone trusted that banks would protect their interests and maintain transparency, but the financial crisis changed it all. As trust in banks was shattered, new technologies emerged from the rubble – among them fintech. And why not when experts in finance and technology who had lost their jobs could now finally come together and create the structures they’d always wanted?

Growth in fintech was unprecedented without the bureaucratic processes that had slowed down financial services in the past. Fintech companies could now develop new technologies at a much faster speed. Banks were quick to catch on – what was once considered a non-threat was now thought of as competition. Today, a third of global banks see fintech companies as collaborators, and a quarter as acquisition targets. It’s no surprise that banks all across the world now invest in fintech accelerators – Barclays in the UK, Wells Fargo and Keybank in the US, Yes Bank in India, VTB 24 in Russia, and Bank of Montreal (BMO) in Canada are just to name a few.

With R&D outsourcing and acquisitions happening across the board, these industries which were once competitors are now slowly joining forces to become one.

With unseen levels of growth in fintech, it’s important for companies to make sure that they don’t fall prey to the same mistakes their predecessors did. The easiest way to do so is by sticking to regulation standards.

In the UK, financial regulators have succeeded in focusing on mandates to promote competition and innovation as well as consumer protection and financial stability. This has attracted attention to one initiative – the government regulatory sandbox.

This programme lets businesses test out products, services and business models that are considered ground-breaking in an environment that allows them to know that their product is safe and functional before going into the market. Once companies have left the sandbox, they are held accountable by the Financial Conduct Authority (FCA), the same body which regulates all other financial services.

Even banking is changing

As online banking slowly becomes the norm for managing money, it’s only natural that online banks emerge. Usage of online banking has more than doubled since 2007, kindling a banking revolution through which the UK has lost 40% of its banks and building societies since 1989. Online banks offer two key services: better banking deals and superior user experience.

Challenger banks like Monzo, Atom and Starling have been making a lot of noise in this new banking arena. In 2016, Monzo raised £1 million in just 96 seconds in the fastest crowdfunding campaign ever. Atom Bank established its base outside of London, and Starling is now expanding outside the UK.

It’s getting easier and easier for banks like these to emerge, as the Bank of England introduces simpler and quicker processes. The capital for starting these up has now been lowered, and it’s becoming easier than it has ever been to get FCA approved. With fintech companies popping up left and right, one can clearly see the way the future is heading.

The future of peer-to-peer lending

It’s not just challenger banks that are pushing into the fintech industry – peer-to-peer lending (P2P) platforms are too. P2P works on the principle of connecting two parties in need. One example is Twino, where we invest with people who are looking for money through a digital landscape.

P2P lending is increasingly being integrated to the wider financial services industry, making collaboration with traditional banks a logical trajectory.

Despite all the opportunities offered post-2008, scaling continues to be a challenge for most fintech startups. Sure, they may be innovative and rake in the cash, but when it comes to long-term plans, most companies tend to hit a wall. Adaptation is the most important skill within the industry, but this requires adhering to a complex set of regulations which vary across the world.

Most of the UK challenger banks currently operate nationally, but not internationally. To do so, there is a need for new agreements and legislation, which will only develop through closer alignment across those in financial services. A partnership looks like the only way this will happen.

By partnering with traditional banking services however, the fintech sector will also begin to write its own death sentence. There will no longer be a line between both – fintech will be finance, and vice versa, setting a new standard for the future.

By Armands Broks, founder and CEO of Twino