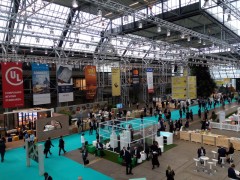 The interest from the fintech community in APIs burns brighter than a thousand suns, but where will this technology and the spirit of open banking take us?

On the first day (26 June), the uses for artificial intelligence (AI) got a bit more creative at Money20/20 in Copenhagen. While yesterday morning’s (27 June) sessions looked at how the second Payment Services Directive (PSD2) is creating more questions than answers.

Also on the second day, the issue of APIs came under the spotlight with two panel discussions.

For the “Return to the Planet of the APIs” debate, the representatives included figo, Starling Bank, Marqeta, Saxo Bank and Square.

The moderator opened up with some interesting stats on API usage – where the media industry dominates with 38% of the market share; this is followed by tech with 32%, information systems with 17% and finserv with 6%. For Google Maps alone, there are two million apps and websites that access it via APIs.

There were also two polls to gauge the audience reactions. For the “higher priority for strategy” – then exposing APIs to third parties won out with 62% of the vote. The second poll asked whether people are concerned about disintermediation by opening up APIs – 78% said no and asked for the use of buzzwords to be stopped.

For most on the panel, their “customer” in terms of APIs was the developer. Megan Caywood from Starling Bank cited its work with its portal, which went live in April; and its open banking hackathon – which launched in February. According to Haywood, the bank doesn’t make money from APIs. Its profit comes from offering bank accounts.

But what APIs bring are surprises or novel ideas that many on the panel would not have conceived. An example from Caywood is a money-oriented innovation which takes into account mental health as part of its service. 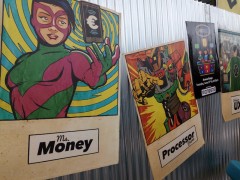 Money20/20 Europe: superheroes to the rescue!

For Jason Gardner from Marqeta the technology behind APIs is “straightforward” but it’s the regulations that come later which are more complex. He called them a “big hairy monster” – in case there was any confusion.

Looking to the future, some on the panel believed there will be standardisation of APIs, while Gardner believes they will become “more well documented”. Wherever it’s headed, the interest is widespread.

There was another panel on the second day, “API deep dive: Who will thrive in an open banking world?”, which included members from HSBC, Barclaycard and Fidor Bank.

As usual, a few handy polls captured the zeitgeist. In terms of who will benefit most from APIs, the results revealed 42% for the “customers”. While a second poll, says “all data” should be regulated by the financial services regulators.

A few points came up. Josh Bottomley, global head of digital, HSBC, says it’s a “race against time” for the banks to be flexible for APIs. While Paulette Rowe, MD at Barclaycard Payment Solutions, cited its work with “private” APIs – such as mobile banking in the merchant space.

All the panellists were animated and assured when it came to their work on APIs, but at the end of the discussion the moderator highlighted an empty chair on stage. This was his forlorn attempt to entice someone from GAFA (Google, Apple, Facebook and Amazon) to attend the panel. They clearly feel it’s not necessary as their market positions are more dominant.

When the panel were asked how would they counter the GAFA threat in terms of APIs, there was nothing convincing on display and time ran out.

One opinion was “we have to do better”. Well, yeah. But how?

Today (28 June) is the final day of Money20/20 and there will be another two reports from the show later.