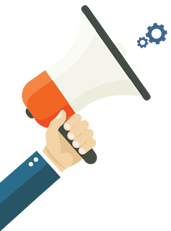 In the latest development in litigation between New York merchants and the state over its credit card surcharge laws, on March 29, the Supreme Court issued a unanimous decision finding that a New York law prohibiting merchants from disclosing surcharges to cover the costs of credit card processing while allowing for discounts in the case of cash transactions regulated speech and not, as the state had argued defense of the law, conduct. The Supreme Court, however, fell short of determining whether or not the law’s regulation of speech violated the merchants’ free speech rights and remanded the case back to the Second Circuit Court of Appeals for that determination.

The case stems from a group of New York merchants that want the right to impose surcharges on purchases made with credit cards. The group of five New York merchants—which includes a Brooklyn ice cream parlor and a hair salon near Binghamton—claimed in its petition to the Supreme Court that banning surcharges is a violation of the First Amendment’s free speech protections.

A determination from the Second Circuit that the state’s law violates the merchants’ First Amendment rights could have an effect on laws in 10 states that restrict such surcharges. It may also help resolve an existing split in authority over the legality of state surcharge laws on First Amendment grounds, with courts in California and Florida striking such laws down, while the 5th Circuit upheld them.