AI-powered shopping app nate raises $38m in Series A round

New York-based fintech start-up nate has raised $38m in a Series A funding round led by Renegade Partners. 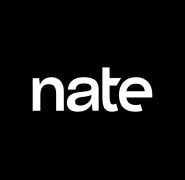 The firm’s Series A comes a year after its Seed round and brings its total raised to date to $51m.

“We’re well capitalised and I couldn’t be happier with our choice to work with Roseanne Wincek and the Renegade team,” says nate CEO Albert Saniger.

Nate is an AI-powered online shopping tool that enables users to buy products from any e-commerce site through the app.

“For the first time in history, shoppers have a seamless, universal and private way of buying anything online,” adds Saniger.

The company recently launched its own buy now, pay later solution and plans to use the funds to expand its payment products.

Also in the pipeline are new social functions, including giving users cash-back for any purchases followers make from their curated product lists.

Nate has also recently expanded its board of directors, with Linda Fayne Levinson appointed as its first independent director.