Analysis: banking innovation in the US 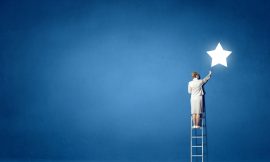 Innovation in the US: who is doing what?

Tom Groenfeldt, editorial contributor to Banking Technology, puts the banking innovation in the US under the spotlight. The market is not short of digital offerings: Simple, Moven, Kabbage, Acorns, Earny, Debitize, MagnifyMoney and more – take your pick!

Two American pioneers in mobile-only banking, Simple and Moven, continue to grow and refine their offerings which combine a bank account, debit card and a mobile phone app to help users understand how they spend and encourage them to save money.

Simple and Moven use machine learning to see how much customers earn and how much they have to spend each month on basics like rent and car loans. The apps then warn them when their discretionary spending is too high. Both banking apps have been around for a while – Simple since 2009 and Moven since 2011 – but they remain leaders in the all-digital banking and budgeting arena.

In the US, Moven has had 150,000 downloads of its app, which is popular with 20 to 40 year-olds. Its users check in with the app 30 to 40 times a month. In February 2016, it partnered with the Freelancers Union, to help people in the fast-growing “gig economy” manage their money better.

Mark Schwanhausser, director of omnichannel financial services at Javelin (a research and consultancy firm), says banking has been focused on transactional competence but needs to expand beyond that to deepening relationships with customers by helping them achieve financial health. In its recent survey of online banks Javelin has looked at how banks help customers build new habits and understand their health through tools like credit scores.

“The Simples of the world are doing a terrific job of making transactions more efficient and graceful,” he says. With a focus on the user interface, they make it easier – boom, and you are done and can get out, but it’s not going to distinguish one bank from another.” Consumers want more than a glorified checking account; they might want to borrow money to start a business or buy a house or car, he adds.

In early 2016, Moven announced it has formed partnerships with CommonBond, a student loan refinance firm which will give Moven users $200 to consolidate their loans, plus a 25 basis point break when they pay through Moven. It also announced an alliance with Payofff to help users consolidate and pay down credit card debt.

Moven has also partnered with Accenture to license its technology and says over 200 banks are interested; it has signed agreements with TD Bank in Canada which is using it under the label TD MySpend and with ANZ in Australia.

In 2014, Simple got acquired by BBVA, the technologically aggressive Spanish bank, for $117 million (BBVA has written off a significant portion of this sum since, but states it remain committed to the fintech).

In 2016, Simple launched a much awaited joint account for any two people who want to bank together – it provides two debit cards, a joint account and two separate accounts in addition. 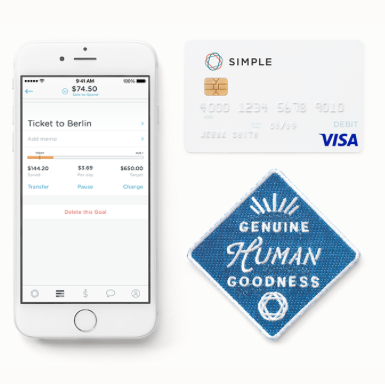 Both Moven and Simple apps let users set aside savings in envelopes to pay off student loans, save for adventure, or begin saving for a house. They also track spending; Brett King, CEO of Moven, says he was stunned to learn he had spent about $400 on New York taxis in one month; he would have guessed more like $70. A glance at a smartphone can show a Moven user spending by category for the month, with red showing when he/she is spending too much.

One big advantage to a digital banking app is cost – Moven figures its customer acquisition cost is $12 per customer, compared to $200 for a bank, and the service cost runs about $37 a year compared to approximately $187 for a bank.

Both go a long way towards Schwanhausser’s idea of a useful bank account.

“Where we need to go to digital which is to understand a customer so thoroughly that we can tell them things they didn’t know and couldn’t come up with on their own and telling them at pivotal moments when they can take action.”

Used right, digital can pull customers into a closer relationship with the bank by, for example, using artificial intelligence to encourage an emergency fund.

The trouble with Schwanhausser’s view of digital banking is simple – profitability. Simple’s Reich says banks make money on customer confusion, such as changing the due dates for credit card payments, or stacking debits to checking accounts with the largest one first to trigger non-sufficient funds (NSF) fees on several other cheques or withdrawals.

Indeed, the Financial Times noted in January that overdraft fees in the US amount to $12 billion a year. Until banks accept lower returns, or dramatically reduce their costs, it is unlikely that they will provide the consumer friendly services of Simple or Moven.

Schwanhausser has a message for bankers who aren’t paying sufficient attention to the digital wave.

“If you don’t get digital down, you don’t have a business. In the mobile first era, I don’t know how you can survive as a bank if you aren’t good at digital. The people I talk to are in the digital channels, and they get it, but they have limited budgets. If you aren’t thinking in a digital way you are on the road to ruin.” 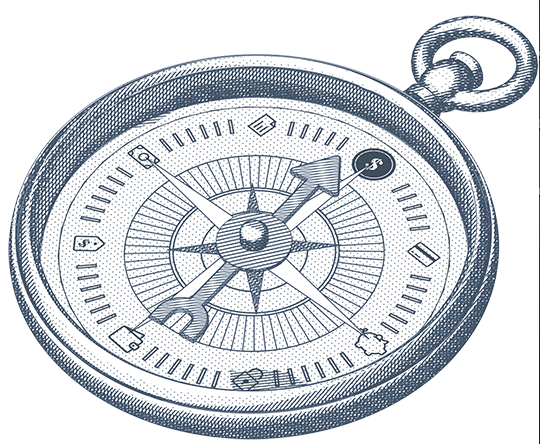 The US has seen several newcomers enter the financial services business, some at leading financial institutions, and other offering niche services.

Some developments were curious. Wells Fargo, which often touts its innovation programmes, turned to SigFig for a robo-advisory platform that it intends promote to small investors. SigFig is part owned by another banking giant, UBS.

All those labs and accelerators and Wells Fargo had to go outside for a tech solution?

Going outside at a multi-billion tach-savvy bank didn’t surprise one banking expert. “It’s very difficult for large banks to innovate, not for the lack of trying but because of organisational rules, compliance, regulation and customers that aren’t really looking for change,” observes Sean McQuay, a credit and banking expert at NerdWallet, a financial advice firm…
This is an excerpt. The full article is available in the March 2017 edition of Banking Technology.