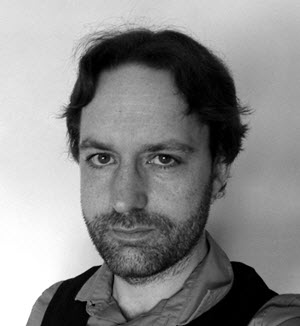 2016 has seen a number of leading institutions and platforms within the financial services sector test and pilot blockchain technology. As more and more blue-chip companies begin to realise the benefits a decentralised ledger can bring, areas such as clearing, transactions and data storage are being viewed in a different light.

Some observers – including myself – are even prophesising this being the dawn of a new era similar to the internet in the early 1990s that could see the traditional dominance of high street banks and blue-chip institutions relegated to the past.

As younger generations, particularly millennials, look to their mobile devices to carry out payments and other banking transactions, the brick and mortar bank will increasingly begin to resemble a monument to a by-gone age. The world of retail banking, is increasingly looking towards blockchain technology to improve the antiquated processes and legacy issues that accompany decades-old infrastructure.

The question for investors will increasingly be whether blockchain technology will fully displace existing participants or merely supplement and improve their services. Given the pace of change and innovation underway in traditional industries it would take a brave person to predict how the finance industry will look in five years’ time, however I don’t believe high street banks will disappear and be replaced by online blockchain alternatives, the regulatory hurdles are just too high.

Instead, blockchain technology could revive the financial behemoths, replacing creaking infrastructure and providing an equality of services to people living outside major urban areas. Apple iTunes, PayPal and Amazon already carry out many of the functions normally associated with banks and this is undoubtedly eating in to traditional banks market share. Blockchain could ensure banks offer a more streamlined and transparent services in a number of areas particularly in the retail banking sector.

Take, for instance, payments and cash management, few people realise when using debit or credit cards how many record-keeping systems have to be reconciled with one another. When people key in their PIN number at a store, they initiate a series of steps in which their bank, the store, the store’s credit department and the card-processing network, all have to make updates to their records. The system updates get transmitted among the participants, and those transmissions produces acknowledgements that also get transmitted and the details are then recorded. Few people at any given time know where the money is, but blockchain technology can by consensus verify where money lies between participants in real time.

Data storage is another area ready for radical overhaul, it still uses technology dating back to the 1970s, creating a myriad of legacy issues that require time and resources. According to Forrester’s Global Tech Market Outlook for 2015 and 2016 report, the majority of company IT spending goes towards maintaining existing systems. Blockchain creates a clear and immutable ledger that records data on a transparent basis, the cost savings that could be gained once data has been transferred over are considerable and would free up resources to more productive areas.

Transfer of money is another area where distributed ledger technology can reduce the time and cost of settlement enabling high-volume, low-value global transactions for customers to be carried out in a matter of minutes instead of the three working days it currently takes. Blockchain technology ensures the days when express postal delivery was a faster alternative to wiring money between accounts will be consigned to the past.

Loyalty schemes are another area that could be improved through greater control of who has access to our data, and security for customers granting permission to their digital identity to marketeers should they choose. Reward points can be updated, issued and made available for instant use, they can also be exchanged on an interoperable basis with side-chains that enable points to be converted between brands with a recorded history.

More and more financial services players are seeing the potential blockchain has to radically reform and simplify the business infrastructure and processes many banks use. A number of institutions, including the London Stock Exchange Group, Wells Fargo and State Street, have joined Nxt in signing up to the Hyperledger project, an IBM sponsored initiative that aims to advance blockchain technology by making alliances between businesses worldwide.

I don’t envisage blockchain upending these names. Instead it will support and enhance their service offerings, boosting productivity and profits to the benefit of clients. The past decade has been one of enormous turbulence within the financial services sector due to the unintended consequences of financial innovation.

Blockchain technology has the potential to usher in a more transparent and effective era for retail customers. Change is definitely upon us, however people need not fear an Armageddon of established high street banks: most of them have survived the past century or more generally unscathed and are likely to stay with us for some time to come.