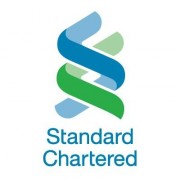 Standard Chartered on a major cost- and job-cutting spree

Standard Chartered is set to cut about a tenth of its global corporate and institutional banking headcount, according to Reuters. The job cuts will start in Hong Kong and Singapore and will eventually affect all major business hubs of Standard Chartered, Reuters reports.

This is the first major cost-cutting move by Standard Chartered’s new CEO of corporate and institutional banking, Simon Cooper, who moved from HSBC to Standard Chartered in April. He’s been working on a large-scale overhaul of the business – a crucial component of Standard Chartered, accounting to nearly half (46%) of its operating income in H1 2016.

Bill Winters, CEO of Standard Chartered, announced a year ago that 15,000 jobs would be shed. More recently, he described the bank’s income and profit as “unacceptable”.

A Standard Chartered spokesperson told Reuters: “We are making our corporate and institutional banking division more efficient. Removing duplication in roles and managing our costs to protect planned investments in technology and people means that a small number of existing roles will be impacted.”

In another announcement, Standard Chartered has lost its long-standing senior executive and regional CEO for ASEAN and South Asia, Ajay Kanwal. Kanwal, who’d been with the bank since the early 1990s, had to resign after he failed to disclose his past personal investments outside the bank.

“Though I do not own these investments any more, as a senior leader my actions should be beyond reproach. Hence with regret I have decided to tender my resignation,” he says in an official statement issued by Standard Chartered.