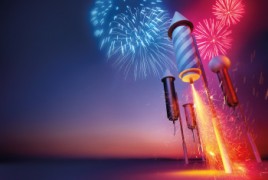 SEPA – the story so far

The Single Euro Payments Area (SEPA) is up and running and has proved to be a catalyst for change in the payments industry. We look at the story so far.

It seems churlish that one of the most significant collaborative industry undertakings – SEPA – should receive so little attention at this year’s Sibos. This week’s event marks the first Sibos in Europe since SEPA became fully operational in all euro zone countries on 1 August 2014. But on closer inspection, the lessons learned and the opportunities that SEPA has opened up can be identified in a number of the topics that are being discussed this week.

On Monday, panellists discussed the capital markets union, which is more or less the wholesale banking equivalent of SEPA. We have also heard, or are about to hear, about real-time payments and single platforms for payments. In only one session is SEPA mentioned – today’s Swift auditorium session on SwiftRef, which will look at entity data identification. Much of the attention of payments industry participants in Europe has swung towards the Payment Services Directive (PSD, which provides the legal underpinning for SEPA). This opens up a wide range of opportunities for incumbent providers as well as for new entrants.

SEPA was a “catalyst for change for banks and their clients”, says Rob Allighan, euro payables and receivables manager, global transaction services, Europe, Middle East and Africa at Bank of America Merrill Lynch. “SEPA forced them to think about new ways of rationalising treasury operations. BAML saw SEPA as an opportunity for change and we committed to it right from the start. SEPA has now become the modus operandi for our clients to make efficient euro receivables and payables.”

The initiative has enabled new solutions for working capital management such as payments on behalf of (Pobo) and collections on behalf of (Cobo), as well as solutions that streamline the number of physical accounts a client has, such as virtual account management (VAM).

One of the aims of SEPA was to enable corporate treasurers to use a single instrument for payments across the euro zone from as little as one bank or bank account. By setting up a Pobo structure, a corporate treasurer could allow the holding or governing entity to make all non-urgent euro payments from one account regardless of the originating entity. So for example, a subsidiary based in Asia Pacific could take advantage of a Pobo structure in Europe, making what is in essence a domestic payment via the holding company as an intercompany movement, rather than engaging in a costly FX deal to pay a supplier in the euro zone.

A similar situation applies for collections. A collection factory including Cobo acts as a processing centre in charge of centralising collections of receivables within a single collecting entity, on behalf of other operational entities.

One of the areas of greatest promise is in VAM, which delivers on the promise of bank account reduction. VAM solutions have been around for a while, with early forays into the technology based on a single physical bank account that was segregated into virtual accounts associated with individual customers. Payers were required to use a unique reference number to help a company or bank to identify where a payment had come from. The problem with this approach was that very often payers did not use the reference number, placed it in the wrong field, or it was truncated by a forwarding bank. As a result, matching rates on virtual accounts were often quite low.

This obstacle is being overcome with the use of international bank account numbers (IBANs). The principle remains the same: a single physical account is operated but divided into underlying virtual accounts, each of which represents a customer. However, those paying into accounts are required to use an Iban, which is unique to that payer. The idea is that customers are more familiar with the idea of an Iban and the concept that they are paying into a particular bank account.

VAM facilitates greater client control over payments but also improves how transaction data is brought together, utilised and reconciled, through just a single number which acts as a unique identifier.

By deploying VAM solutions, companies can close numerous external bank accounts and replace them with the one physical account that is comprised of underlying virtual accounts. The concept is being further developed to include Pobo and Cobo. With the latter, a central treasury can take responsibility for group-wide incoming payments. This will greatly reduce the effort involved in reconciling and matching payments received in subsidiaries’ accounts.

Most of the large banks have been offering VAM for some time, but demand from corporates was low. However, pressure on costs and efficiency has driven larger corporates, which maintain scores of accounts, to examine VAM in more detail. The potential of initiatives such as SEPA has begun to be recognised by companies. Companies, supported by the introduction of SEPA, now have the possibility to centralise and optimise their SEPA payment receipts, while simultaneously improving reporting and limiting administration.

Ruth Wandhöfer, global head of regulatory and market strategy, Citi, says there has been “significant uptake” of SEPA instruments in the wholesale market. “Corporate treasurers have used SEPA as an opportunity to partially replace some of their high-value payments that are usually executed via the Eurosystem’s Target2 real-time gross settlement system [RTGS],” she says. As SEPA payments have a maximum execution time of D+1, mandated by the PSD, this is seen as a cost efficient and relatively speedy alternative. We have been helping some clients, that did not implement XML capability themselves, to convert formats to XML before transactions are sent to the payments engine.”

Other corporate clients have started to implement ISO 20022 XML, which has enabled them to streamline their flows, often leveraging this standard globally. Wandhöfer says corporate treasurers appreciate that SEPA payments, either single or batch traffic, can be very efficient and less costly. “For many corporate treasurers, not all payments have to arrive at the right minute on the right day – flexibility is often more important to them. For example, corporate treasurers will retain the RTGS option for urgent payments, payments that require high levels of security, or payments that are for significant amounts. We have seen our customers combine high-value RTGS for some payments while using SEPA batch processes for others. They want choice.”

Plans are under way to introduce real-time payments via the SEPA Instant (SCT Inst) instrument, which has become the main focus for the European Payments Council. The target date for the publication of the SCT Inst scheme is November 2016, with the aim for it to enter into force in November 2017. However, Wandhöfer says: “We have evidence that corporates, even with real-time solutions such as SEPA Instant, won’t push all of their business through such a channel. They want choice of pricing as well as certainty of settlement. The choices made will depend on how different banks will design their offerings.”

Allighan points up that the benefits of SEPA are much more easily identifiable to clients that deal in different jurisdictions across SEPA, whereas some wholly domestic-based corporates may have viewed it as a hindrance. “The benefits, such as having just one account for all euro AR and AP (although that may be far off at present), are easier to pinpoint for clients operating in multiple countries. For now, SEPA has enabled account rationalisation and has helped ease payments and receipts between euro zone countries. It also provides corporates with the opportunity to enter into new markets in the euro zone more easily. This will support the explosion of digital payments over the internet as customers buy goods from a wide range of countries.”

While there has been uptake of SEPA among corporates, Neil Vernon, chief technology officer at Gresham Computing, says the initiative has fallen short of corporate treasurers’ requirements. “SEPA fails on the most basic question for corporates – when they receive money they want to know from whom and for what. In developing SEPA, no one seems to have thought about the remittance information that banks need in order to process a payment,” he says. As a result, companies are often sending SEPA payments messages then following them up with an Excel spreadsheet that contains more information.

He believes the problems arose from a lack of corporate input from the start of the SEPA development. “For a long time the banking industry more or less ignored the entities that give rise to the majority of payments, that is, corporates. They should have been asking how they could serve corporates and optimise the processes they have to undertake.”

Despite the problems, SEPA is under way and it is easy to forget what a significant undertaking it was and how much angst it caused during its development. “Despite the challenges, which all have been overcome, SEPA has inspired communities elsewhere in the world to think about regional payments integration, even in regions with no common currency,” says Wandhöfer. “The Gulf Cooperation Community as well as regional groups in Africa are pushing for harmonisation across markets and are using ISO 20022 XML and real-time payments as elements in this.”

Allighan says BAML never saw SEPA as a simple regulatory requirement; it was always about providing the opportunity to explore the strategic direction in payments. “SEPA has provided the foundation layer to enable future innovation at BAML and also throughout the payments market as a whole. These innovations include instant SEPA credit transfers, which are set to go live in November 2017. Also, advances in VAM will help corporate treasurers with reconciliation and improve the speed with which they are able to allocate payments to accounts.”

One of the biggest lessons SEPA taught the industry, says Wandhöfer, is that governance and decision-making have to be very clear from the beginning. “During the development of SEPA, the governance model of SEPA changed, given that non-bank payments services providers entered the market due to the PSD. This changed the dynamics of development, which had to be reflected in the governance. We learned that the industry should be ready for complexity and should work hand in hand with the European Commission, the European Central Bank and also aim to bring all stakeholders into the process as early as possible.”