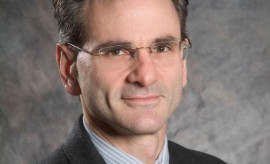 European exchange groups in London and Frankfurt have announced changes in their technology leadership, with the announcement of a new group chief information officer at the London Stock Exchange and a restructuring of responsibilities at Deutsche Börse.

Chris Corrado has taken over as group chief operating officer and group CIO at the LSE, with immediate effect. He replaces Antoine Shagoury, who has been with the exchange for five years and is now returning to the US.

Corrado joins from MSCI, where he has been a managing director, responsible for technology, data services and programme management, CIO/CTO, since 2013. Prior to joining MSCI, he held a variety of chief technology officer roles in banks, including Morgan Stanley, Deutsche Bank, Merrill Lynch and UBS. He has also worked for technology companies as CTO at eBay, CIO at AT&T Wireless, and SVP of technology, strategic initiatives and business architecture at Asurion, a mobile technology protection company. He began his career at IBM.

Over in Frankfurt, Deutsche Börse has announced a new structure tht will come into being at the start of next year and a change in management responsibilities that result from it.

The CPCM division will combine derivatives trading businesses including the International Securities Exchange, the clearing house as well as Clearstream’s settlement and custody business. It will also be responsible for coordinating group-wide product development and global sales activities.

The division will be headed by Jeffrey Tessler, who has been working for the group since 2004 and is currently responsible for the settlement and custody business.

The second newly-created division, will combine Deutsche Börse’s IT activities and market operations, comprising the following departments: IT Application & Architecture, IT Operations, and Market Operations. Deutsche Börse market data business, the recently-acquired 360T electronic foreign exchange trading platform, and the European Energy Exchange will also be in this division, which will be headed by deputy group chief executive Andreas Preuss, who has been a member of the executive board since 2006 and is currently responsible for the cash and derivatives division. 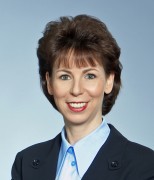 Deutsche Börse Group’s cash market businesses, comprising Xetra, the Frankfurt Stock Exchange and the certificates and warrant businesses, will regain divisional status under the name Cash Market, Pre-IPO & Growth Financing. Hauke Stars (right) will be responsible for this division. Stars has been a member of Deutsche Börse’s executive board since 2012, and has overseen the implementation of major projects to renew the IT infrastructure as T7, the new derivatives trading system. Stars has also been responsible for the market data business.