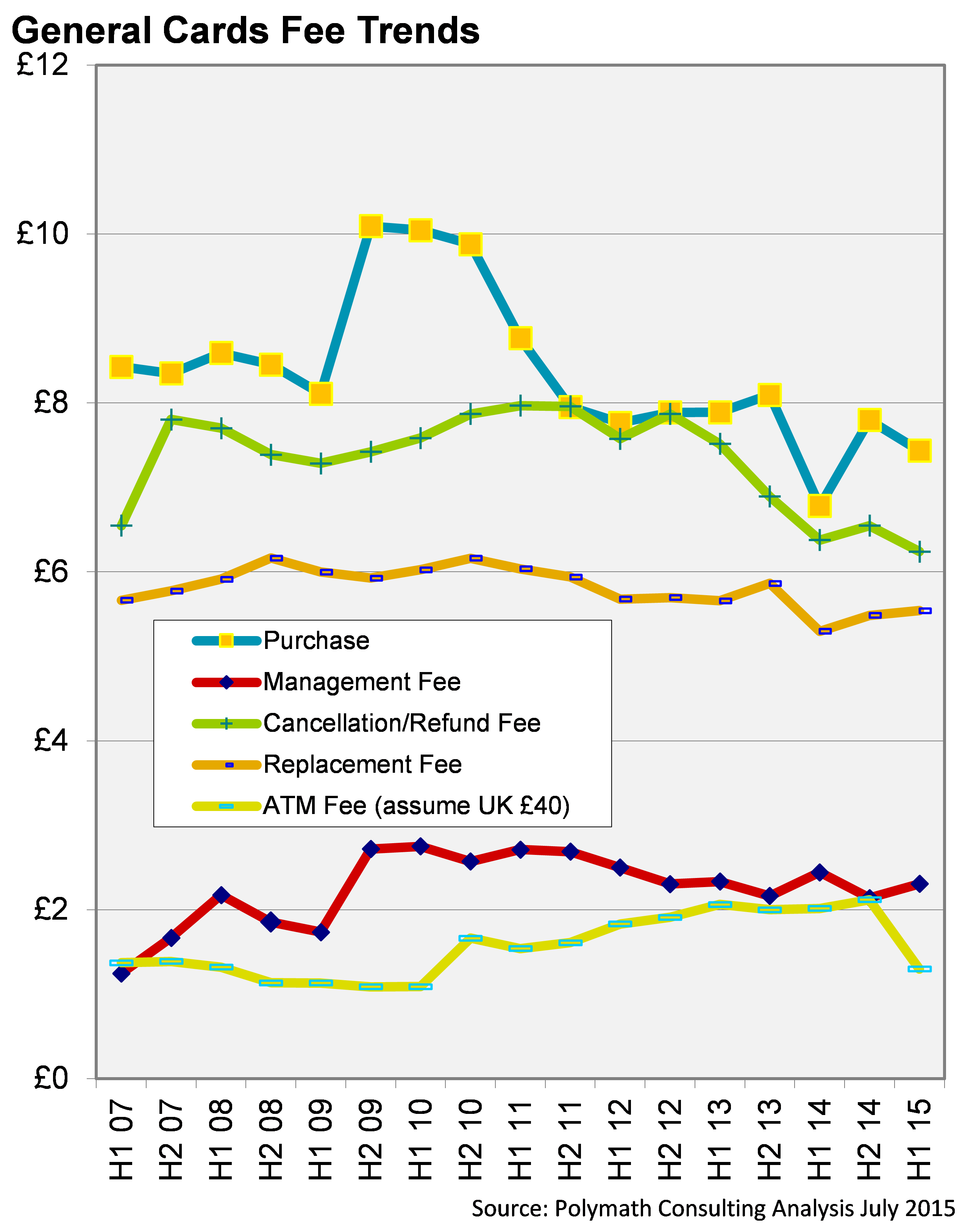 GPR card fees in the U.K. have been trending downward over the past few years, but forthcoming limits on interchange revenue could pressure issuers to reconsider their fee structures. Recent data from Polymath Consulting show that most fees for GPR cards in the country have remained relatively stable or have declined slightly, on average, since 2007. Card purchase fees have seen the greatest decline, averaging £7.43 (US$11.49) during the first half of this year—down from £7.80 (US$12.06) in the second half of 2014, and a high of above £10 (US$15.46) in 2009 and 2010. Load fees also have decreased on average since 2007, while monthly account management, cancelation, card replacement and ATM fees have remained relatively constant or dropped slightly during that period, the data show.

However, with interchange fee caps established by the European Union set to take effect in December, issuers may have to begin exploring new revenue streams—which could mean higher fees, notes David Parker, CEO, Polymath. “We are likely to see some GPR cards revise their fees as often these products rely on interchange more than products like travel cards,” Parker tells Paybefore. “It will no longer be possible to work on the basis that transaction revenue from a large card base … will cover all costs of running a program.” In this environment, GPR providers will have to figure out what their customers are willing to pay for—and how much they’re willing to pay. “Providers must strongly consider what the real value proposition is they are offering to users, and what those users will be prepared to pay for the solution,” he says.

To help providers assess the level of fees their programs can support, Polymath has launched a new Consumer Card Fee Simulator, a tool that can be used by issuers, processors, program managers and brands to evaluate fees for an existing prepaid program or prior to launch in the U.K. or Italy. Based on data that is updated every quarter, the simulator enables users to run tests of different fee levels and usage scenarios and compare the results to existing GPR programs in the market. The simulator can be found on Polymath’s Website.