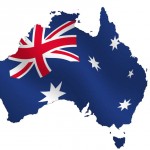 The hotly-contested contract to provide a real-time payments system in Australia has been won by Swift, which has announced plans to develop real-time retail domestic payment solutions and compete to deploy them internationally.

The Australian New Payments Platform infrastructure will be the first fruit of these plans. Developed together with local financial institutions, the platform is expected to go live in 2017. Under the auspices of the New Payments Platform Steering Committee, NPP is being developed collaboratively by 12 financial institutions in Australia – ANZ, Australian Settlements, Bendigo and Adelaide Bank, Citi, Commonwealth Bank of Australia, Cuscal, Indue, ING Bank (Australia), Macquarie Bank, National Australia Bank, Reserve Bank of Australia and Westpac Banking Corporation.

NPP Australia, the company established to manage the project, has signed a 12-year contract – said to be worth A$1 billion (£540 million) – with Swift to build and operate the NPP basic infrastructure. Swift was appointed the successful vendor by the NPP Program “following a highly competitive global tender process”, it said. Among the other contenders was VocaLink, which developed the UK’s Faster Payments Service and this year won the Singapore FAST contract.

NPP Steering Committee chairman Paul Lahiff said: “We have reached a defining moment for the future of Australian payments. The industry’s vision in response to the Reserve Bank’s challenge for faster, richer, 24×7 payments is now well on the way to becoming a reality.”

There will be three main components to the solution:

The initiative comes under Swift’s Markets Infrastructure division, set up some three years ago. The local project in Australia will be managed by Harry Newman, head of industry initiatives at Swift. KPMG has been appointed as programme manager.

Beyond Australia, Swift’s MI group is “exploring how best to deploy these capabilities in a standardised way across multiple markets” and it is understood to be involved in a number of the other real-time payments initiatives that are underway in several countries.