IT teams need to address the challenges facing UK banking 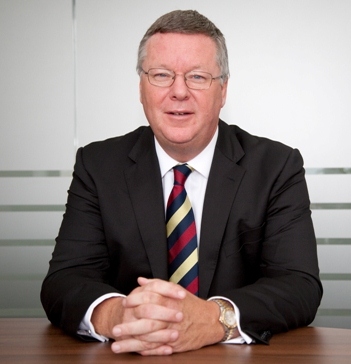 The challenger banks are coming of age. Aldermore, the UK’s fastest growing bank, is rumoured to be preparing for its IPO, just like OneSavings Bank, which was the first bank to list on the stock exchange since Bradford & Bingley in 2000, writes David Tryon.

Of course, many more are expected to follow. The number of UK listed banking groups is expected to triple over the next two years and their market share is already growing. According to the figures published by the British Bankers’ Association (BBA) earlier this year, the challengers accounted for 28.8% of gross mortgage lending in 2013, up from 17.5% in 2011. By 2018, it could double again.

The competition is coming from all sides, including retail players like M&S and Tesco and spin-offs such as TSB and Williams & Glyn. Foreign competitors such as Sweden’s Handelsbanken and private-equity backed start-ups like Aldermore, Shawbrook and Metro Bank are also having a major impact. These will soon be joined by “digital only” Atom Bank, which could mark the start of a new wave and next generation of challenger banks.

To protect their position and continue to compete in the long term, traditional banks need to face up to this new competition. More than that, they must accept that the challenger banks are merely a symptom of a fundamental change in the industry.

A legacy of distrust

The reasons behind this change are two-fold. First, the financial crisis has dramatically changed the market. In some cases, it has directly led to the emergence of challenger banks, such as Lloyds’ and Royal Bank of Scotland’s forced spin-offs and Virgin’s acquisition of Northern Rock’s business. Regulation that can be traced back to the crisis has also simplified the authorisation process for new banks making it easier for consumers to switch accounts.

More importantly, the crisis profoundly affected customers’ perceptions. Even now, seven years after the collapse of Northern Rock, surveys suggest bankers are held in lower esteem than every other profession except politicians. Little over one in five trust bankers to tell the truth, according to a 2013 report from Ipsos Mori’s, while a 2012 survey for consumer group Which? found only 11% trusted their current bank to act in their best interests.

Challenger banks will only be able to win this business, however, to the extent that they are able to deliver a service that customers want, and that is down to another big change: technology.

Here again, some innovations have helped new competitors directly. As the BBA’s report in June noted: “The advance of technology means that it is easier to set up new banks, as at least some of the IT can now be sourced off the shelf. It also means that the need to have as many branches is reduced.”

The bigger impact, however, is from the benefits that challengers have reaped from customers’ changing behaviour and expectations. According to YouGov, there has been a significant move online, with 78 per cent of people now using online banking at least once a month. In addition, more than half of respondents said that they can do the vast majority of their banking by phone or online – and these channels will continue to multiply.

It seems that customers are bringing expectations fostered by the wider retail world, particularly the online retailers, to their banking. They expect to interact with banks and access services on their own terms, whether on their PC, tablet, mobile or phone – through the website, email, apps, SMS, Facebook or Twitter. Likewise, they expect marketing and customer services tailored to them.

Unencumbered by legacy IT systems that have the potential to limit the ambition of the big banks, the challengers have a distinct advantage in this respect. In traditional banks, disparate, antiquated and inflexible systems both constrain and dictate the way services are rolled out and offered. Online banking and other digital offerings have to be grafted onto record keeping systems that were never designed for them, which can be slow and expensive. As a result, past results have often been unappealing and inflexible for customers.

The challenger banks, by contrast, are built from the ground up with current technology and customer expectations in mind. Technology is not a necessary evil to these businesses; it is central to them. Aldermore, for example, does all of its business online or by phone, as does Paragon Bank’s retail operation.

The advantages of the challenger banks can be overplayed, however. First, they are still young. M&S’ and Tesco’s current accounts only launched this year and we’ve yet to see one from Virgin Money. Metro Bank was established in 2010 but still hasn’t made an overall profit. And all of these firms have to fight for every bit of business they win since banking customers’ inertia remains strong, benefiting the established players.

Moreover, the difficulties facing the big banks are not insurmountable. For one, there is nothing to stop them launching their own challenger banks, as M&S Bank (a wholly-owned subsidiary of HSBC) shows. More importantly, they can also successfully address the technology challenge.

The threat of significant cost and disruption typically preclude these larger players from ripping and replacing legacy systems. However, a processing and servicing layer inserted between the existing record-keeping systems and front office can effectively disguise the legacy systems and provide a modern interface and functionality for both users and staff. This approach can often deliver the flexibility, user experience and speed of response customers expect and allow the traditional banks to take on the challengers on their own turf.

The main barrier, therefore, is not technological, but cultural. Traditional banks must overcome their internal silos and draw in IT departments whose operations and goals often remain too remote from both the rest of the business and from customers. Today’s challenger banks present themselves as retailers as much as bankers, and their IT departments reflect that.  If the big banks are to retain their dominance, they need to think of themselves the same way.