Diebold: on the comeback trail 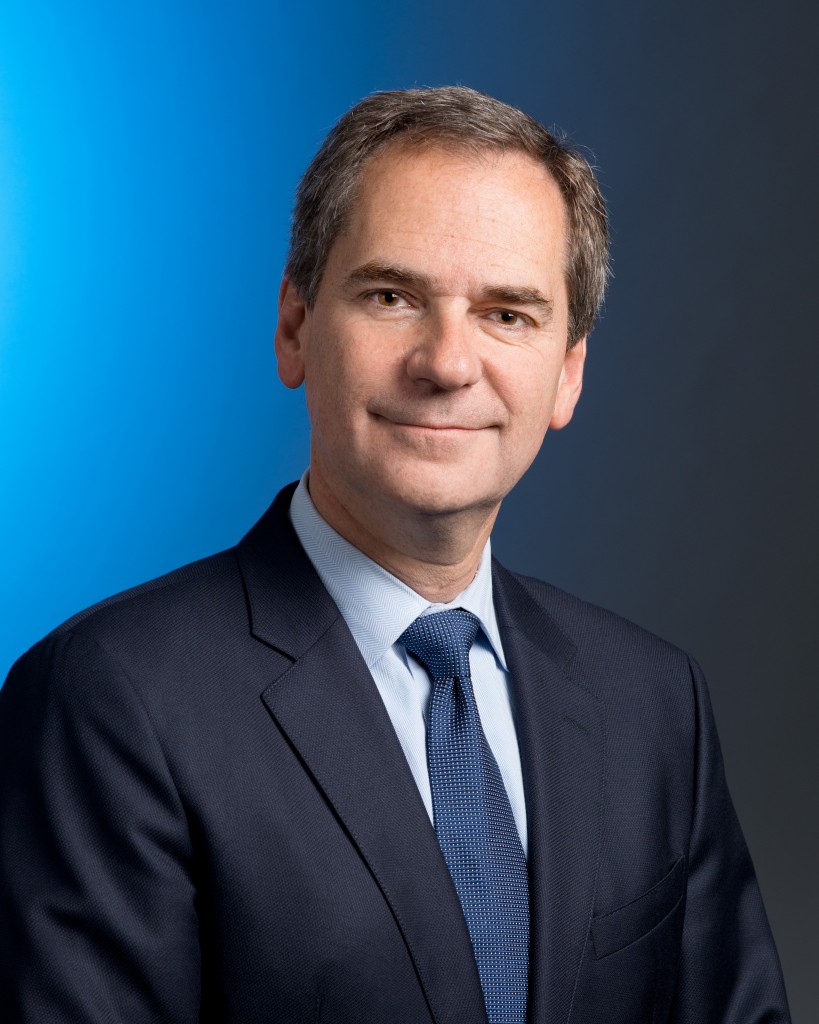 Mattes: “airports are the poster child for where bank branches are going”

If you’re a European who uses ATM machines, there’s a good chance that you’re not particularly familiar with Diebold, even if you work in retail banking.

The company is actually one of the largest ATM manufacturers in the world, up there with NCR, Wincor Nixdorf and Fujitsu, but it has not sold its equipment in Europe for some time, following a hands-off deal between it and IBM dating back to the early 1990s, under which IBM stopped selling its own brand ATMs in the US and Diebold’s hardware was marketed into Europe by IBM.

That deal has now ended, and a year into his tenure as president and chief executive at the firm, Andy Mattes thinks that the company’s profile is about to change.

Mattes – an IT industry veteran whose career includes a spell as chief executive at Siemens and senior roles at HP in Europe and the US – was in London recently: one purpose of the visit was to speak at an ATM Industries Association conference; another was to visit a bank that has recently become the company’s first UK customer win in a decade.

He won’t say who the customer is, but he will tell you why rumours of the declining use of cash and the rising use of mobile banking spelling death for the kinds of products his company makes are greatly exaggerated.

“Cash has a tremendously long tail, and in some parts of the world its use is actually increasing,” he says. More important, however, is to understand how outdated is the notion of its products – and those of its peers – being simple cash machines. In fact, Mattes, in common with many in the industry is not particularly comfortable with the notion of an Automated Teller Machine, implying as it does a simple robot performing the functions that were once carried out by humans.

That’s where they started, sure, but they have long moved on and people in the industry talk of “teller-assist” and “enhanced self-service”. To tell the truth, even teller-assist is looking dated, and if you look at how the self-service element is used outside the retail banking sector you’ll get a better idea why Mattes is confident that the industry has some mileage in it yet.

The first place to start looking is the airport, where for years it has been possible to collect your boarding card from a machine at check-out. Such has been the success of these kiosks that the cost-savings have helped the growth of low-cost air travel. So much so that at some airports it is sometimes quicker to check in with baggage and go through the old fashioned procedure.

“Airports are the poster child for where bank branches are going,” says Mattes. “Market research guys always get it wrong on how quickly these things happen.” In this case, it is taking longer for the newer self-service machines to be adopted in the banking sector for the simple reason that the banking sector already has thousands of existing machines. ATM machines were designed to be rugged and modular because they had to survive and function in hostile environments – especially the Hole in the Wall cash machines that are out in all weathers and face all sorts of abuse, up to and including attack with high explosives.

To be fair, they don’t usually survive the latter, but given that the vendors reckon a life expectancy of six to eight years, the fact that there are machines out there that are twice that age and more is testament to the fact that this is one group of manufacturers who have not been deliberately building obsolescence into their equipment.

For Diebold, this is a potential plus point as Mattes pushes the company into a renewed focus on Europe: while it might not have brand recognition at the same level as its competitors, it also hasn’t spent a lot of time and money supporting the ever-diminishing returns of an ageing installed base. Combined with this is a need for all of the major retail banks to review their branch strategies, with most opting for a high level of self-service machines in smaller branches supporting staff that, though reduced in numbers, are increased in skill.

As existing equipment leases run out, this will cause a wave of renewal and modernisation across the retail banking sector that this time round Mattes intends Diebold to be part of.

“We are now seeing a true technical upgrade to next generation of equipment start to take off,” he says. “All of the large banks have a bias towards technology in their business models. If you look at the costs, you can see that a $80-100k machine that can do 90% of what a human can do is going to show a return on investment in 12-18 months.”

With banks looking to reduce head count by “35% or probably higher” the ability to maintain – or even improve – levels of customer service through the deployment of this new generation machinery will be attractive.

Among the capabilities of the latest machines are long-anticipated functions such as deposit automation and cash recycling as well as fancier new features such as the ability to communicate with branch staff tablet-based applications, allowing staff to monitor transactions as customers move around the branch and be alerted to any problems. This can create the much-prized “improved customer experience” as branch staff can be given greater discretion to intervene when customers appear to be having problems, such as authorising credit, or advising on how to complete transactions like application forms.

The full singing and dancing machines are capable of allowing customers to conduct live video conferencing with remote staff – another way that that the bank can continue to operate in remote locations and still keep costs down.

It remains to be seen how popular that proves with consumers, but already banks are showing great interest, and those who have adopted similar systems from Diebold’s competitors are enthusiastic about the reaction from customers, though there has to be an element of hopefulness in that, given how limited the adoption is.

One area where Mattes is less evangelical than some of his rivals is in how the ATM, in any of its future roles, will interact with mobile banking and payment products. It is almost doctrine in the ATM world that such things as pre-staging of payments and the ability to withdraw cash using a mobile phone instead of a card (for which the examples always involve parents getting cash to their teenage daughter to get a cab home) will prove popular.

Mattes is less confident of the business cases: “Mobile and pre-staging are still in the early adoption phase. Banks need these channels but we are not there yet,” he says.

Even though he is confident that the industry and Diebold have more mileage in them, he cautions that it will take time before all of these development mature and pay dividends. “This is not a consumer business,” says Mattes. “There is a lot of tyre-kicking involved before we get to roll-out and ramp-up.”

For the next-three to five years he is predicting “mid-single digit” growth rates, but as a firm that has been out of the market for some time, that will still mean growing faster than the industry “as we take market share”