You think SEPA is over? Think again 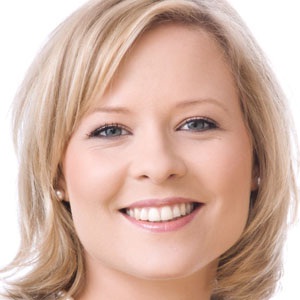 Wandhofer: there are still many issues to be ironed out before the industry can forget about SEPA

Banks should be wary of jumping the gun and assuming that SEPA implementation is a done deal. Far from being over, the task of learning to live with SEPA is just beginning.

“Some banks are SEPA-ready but not SEPA-proof,” said Edith Rigler, independent consultant. “They consider SEPA implementation finished. They have closed their SEPA project and disbanded the group, and the staff have moved on. But there are lots of holes and gaps, and automation hasn’t always been improved as expected. As more companies become SEPA-ready, difficulties are starting to emerge. Banks need to open up funding and resources for this. It’s not over yet.”

Rigler was speaking at the International Payments Summit in London this week, where panellists debated the benefits and costs of the SEPA project. Jonathan Jordan, payments market manager EMEA at Citi said that SEPA has achieved a number of its objectives, including building a single market, removing barriers for cross-border payments and furthering EU integration. However, the view that there is more work to be done was shared by many.

“SEPA has introduced competition,” he said. “Is it future proof? Some banks have invested two years ahead, while others have not. There are 19 formats of XML allowed at the moment. There are variable symbols out there. To solve the standardisation challenge in this industry we need strong governance and an agreed process about how issues are raised and communicated.”

Other panellists pointed out that non-Eurozone currencies would have until 2016 to become SEPA-compliant. Since the end-point of the process is currently over two years away, banks and investment firms cannot be sure that significant changes will not be made to SEPA requirements in future.

“SEPA is not finished,” said Ainsley Ward, payment evangelist at Clear2Pay. “The specifications will change and they will go on changing. Making quick and dirty adjustments won’t save you.”

One of the challenges from an implementation perspective is the need to move to full XML adoption by 2016. According to Luca Poletto, head of SEPA at BNP Paribas Fortis, many of the bank’s clients are still using local formats for their payment messages. While several corporates are already using XML to make international payments, global reporting by XML is still not widely implemented.

Others were more critical, and suggested that it might have been better to make SEPA a standard for cross-border transactions only, rather than for all transactions. According to Ruth Wandhofer, global head of regulatory and market strategy, treasury and trade solutions at Citi, there are some serious flaws within the SEPA design, including the lack of a compelling business case and the slow rate of migration.

Rigler suggested that it was only the larger banks that had benefitted from SEPA, while smaller institutions might have paid so much in costs to become compliant that they will now have to consider whether or not to remain in the market. Adding to the dissent, members of the audience wondered whether SEPA direct debit was worth the effort.

“Some things just don’t work with SEPA,” said Wandhofer. “Tax is important – if you can’t use SEPA to pay tax, then we have a problem. A lot of companies have invested a lot of money to get compliance and they’re not really getting any upside. They still have to maintain local accounts for legacy reasons, and while there is some centralisation, it’s not enough to make it worthwhile. This isn’t banks’ fault. The market is not moving. There shouldn’t be an interoperability problem, but there is. The SEPA market needs to be harmonised before we can even think about using the more advanced technologies such as mobile payments that are happening in local markets.”