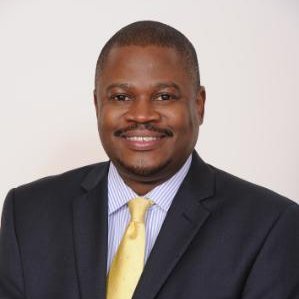 Why are different parts of Africa experiencing widely different levels of success with mobile banking, despite years of experience in Kenya? Panellists at the IPS conference in London offered a range of explanations

“It’s about bringing together all the stakeholders including governments, the private sector and the local community,” said Edward George, head of soft commodities research at pan-African banking group Ecobank. “You have to start at the bottom, from the fields up. It is a huge effort. It’s been said that M-Pesa only succeeded in Kenya because the government didn’t understand what they were agreeing to.”

Headquartered in Togo, which borders Ghana to the west, Ecobank is active in 35 African countries and describes itself as the ‘cheese in the sandwich’ between the Sahara and South Africa – an area that is home to 700 million people with no bank account.  The company is currently partnered with Standard Chartered and Barclays and is in discussions with Dutch bank ABN Amro in the region.

“People often don’t have a credit history in Africa,” added George. “If you have three months of top up on a phone, that’s a credit history. There are hundreds of thousands of agent points of sale. Mobile is going to completely transform banking in Africa.”

Most people in banking are familiar with M-Pesa, which has 22 million customers, mostly in Kenya. However, the model hasn’t achieved the same success everywhere. Operator Vodacom admitted its attempt to win customers in South Africa had resulted in failure, collecting only a few hundred thousand users instead of the millions expected. In Tanzania, it also experienced a tougher than expected market, winning five million customers from a population of 44 million by May 2013.

“The industry has been trying to convince regulators in other countries in Africa to support mobile payments and it’s just not happening,” said George. “Allowing a telco to handle 40% of payment flows in Kenya? It’s crazy and regulators see it as a red flag. They’re not handling anything like that much elsewhere in Africa, and that’s because it’s quite rightly seen as shadow banking.”

However, Paul Makin, head of mobile money at Consult Hyperion, objected to these comments and the characterisation of Kenya as a country where an unwitting government was effectively conned into a deal it didn’t understand.

“I have to respond to that,” he said. “I was there [in Kenya] and the government minister in question was very sane – it wasn’t crazy at all. He agreed based on the principle that there would be full transparency and the government would be kept well informed. It disturbs me it can be seen as odd. What harm has it done to Kenya? It only seems to have done good. Furthermore, it’s not for lack of trying that mobile has failed elsewhere in Africa – the problem is banks refused to get involved. What more can I say?”

In South Africa, M-Pesa adoption was partly held back partly by legislation – the Financial Intelligence Centre Act required users in South Africa to go through extensive paperwork before they could use it. By contrast, M-Paisa has been praised for its contribution to fighting corruption in Afghanistan, where it is now widely used by the police for processing salaries. Many policemen experienced a significant increase in their salaries using the new system, since they were now receiving the full amount owed to them. In many cases, they had not been aware of how much their salaries were actually worth.

For Rweyunha Kazaura, director of transaction banking at Standard Chartered, the key issue was politics. Pointing to the vision of a fully integrated Africa through the African Union, Kazaura argued that regional economic blocks offered the prospect of greater integration and evolution of viable standards that could form the basis of a successful move towards mobile banking across Africa.

“Free trade areas, ease of cross-border immigration, and even political and defence pacts between members of the West African Union, the East African Community and the SADC give comfort to the investor,” said Kazaura. “Within these regional blocks, some countries are drafting interoperable systems through their central banks, so that telcos won’t necessarily hold an exclusive position in each country. We have to look at these intergovernmental strategic partnerships as part of the picture.”

Kazaura added that in many countries, it’s no longer possible to simply walk into a store and buy a SIM card – instead, mobile users will need some form of ID. In Tanzania, he suggested, one of the difficulties for M-Pesa was that there was no national system of IDs. Meanwhile, in other countries the perception is that mobile payments should be bank-led, rather than telco-led. In Nigeria, the central bank has implemented a scheme which will penalise banks for making cash transactions. The intent is to make payments electronic.

Meanwhile, Peter Crawley, head of treasury and trade solutions for sub-Sahran Africa at Citi, concluded that the macroeconomic picture in Africa would create significant new opportunities for financing that cannot be covered by existing banking channels. Pointing to an estimated $70 billion due to be spent on infrastructure projects in Africa annually, he said that the growth of power, transport and the health sector in the region would all produce demand for more efficient forms of payment.

“If you look at the capacity of sub-Saharan Africa to generate power today, it’s equivalent to the US state of Texas,” he said. “On a population basis, that means Africa is producing just 3% as much power per capita compared to the US – and we’re talking about serving an area of roughly 800 million people, whereas the US is less than half that number. But the rise of the consumer class in Africa will change that. By 2020, it’s predicted that they’ll have $950 billion of spending power. There’s a lot of talk about banking the unbanked. But most of the successful mobile money implementations have actually worked by targeting the affluent.”

Crawley added that no bank in sub-Saharan Africa can ‘go it alone’, and that recognition of the need for partnerships is increasing. While identity was still a problem in many places, government moves in places such as Nigeria to put tax onto mobile devices and the internet could serve as a useful incentive.

“There’s not going to be one ubiquitous mobile platform that you can copy and paste into all these markets,” he said. “No single provider can do this alone, whether they are a retailer, a technology vendor, a mobile operator or a bank. We need Chinese banks. We need pension funds. We need everybody to get engaged.”